It was the strong personality of the Gràcia district of Barcelona with its squares, its markets, as well as the deep roots of its neighbors, that prompted Biel and Laia to choose it as the site of their home.
Brand Story for Huguet
Written by Inma Buendía
Photographed by José Hevia 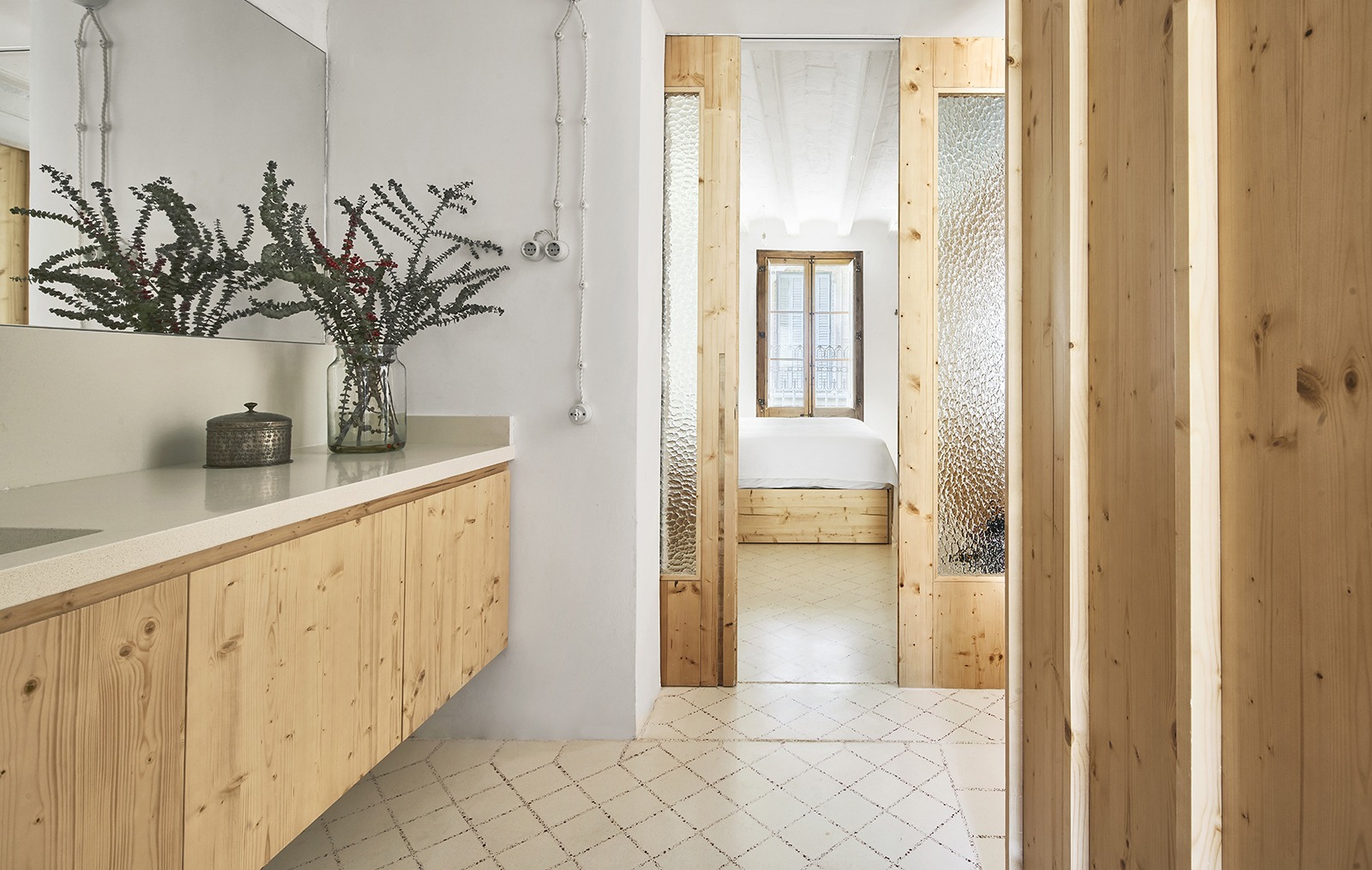 From its island base in Majorca, Huguet has grown and evolved, without relinquishing its origins, through a mixture of tireless enthusiasm and amazing creativity that has helped the company to overcome one challenge after another. The home of Biel Huguet, the grandson of the company’s founder, and his family in Barcelona is yet another example.

It was the strong personality of the Gràcia district of Barcelona with its squares, its markets, as well as the deep roots of its neighbors, that prompted Biel and Laia to choose it as the site of their home. “The idea was to take an old apartment and totally revamp it,” Biel explained. Ted’A was the studio that would be charge of the project. “We’d worked with them on the renovation of Huguet’s showroom among other projects. We share a similar vision and style and so it was clear that things would work well.” 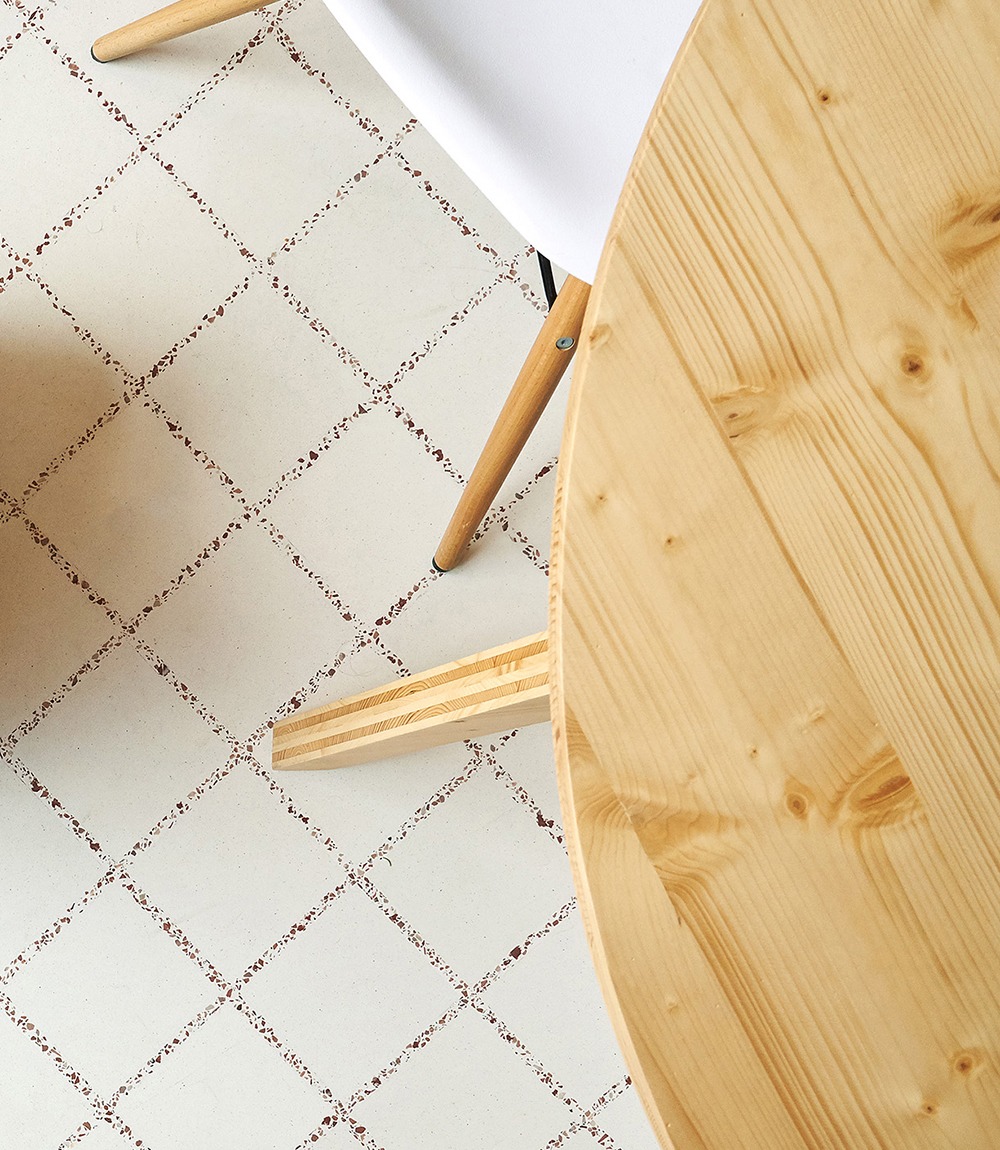 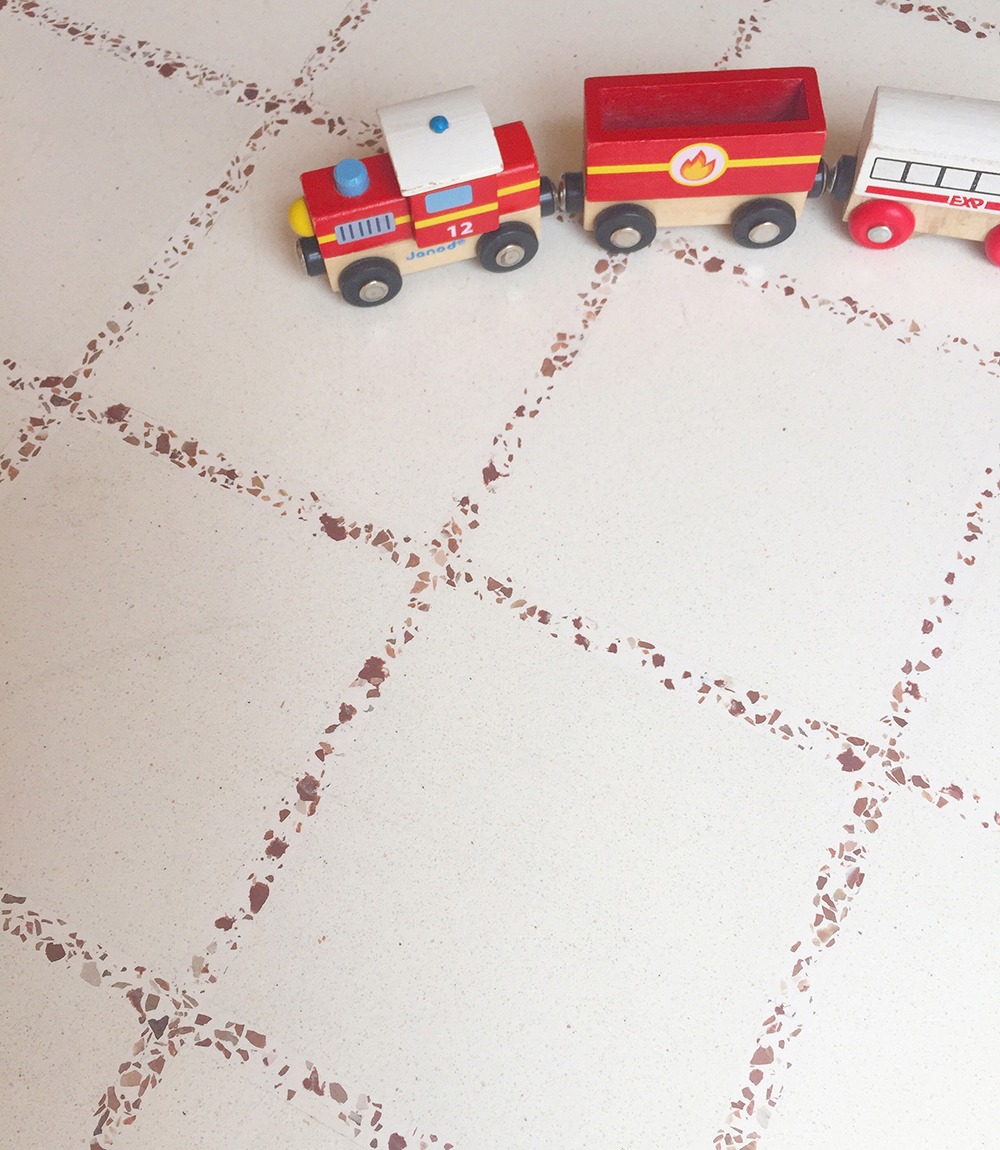 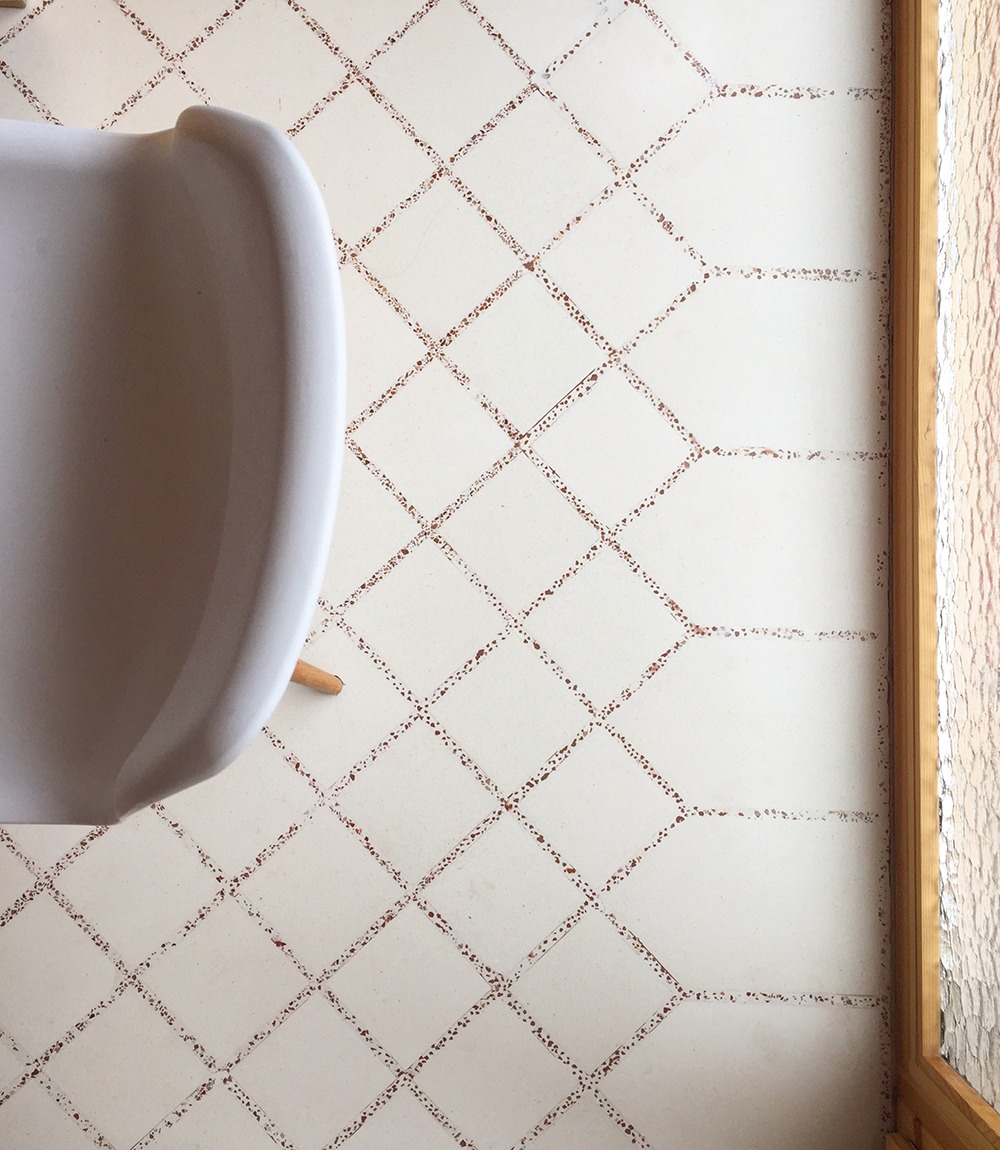 Combining tiles with terrazzo paving was the most brilliant move in the project. “We’d already used this technique for the factory showroom, realizing that the best way to guarantee perfect results was to polish the whole floor, the tiles and the terrazzo between them.” The outcome was spectacularly innovative, and so they decided to repeat the formula for their home, except in this case they went one step further. Ted’A suggested that they re-use the apartment’s original old tiles. The ones in better condition were used for the terrace and the badly damaged ones were ground up and used as aggregate in the tile joints in the interiors. “It was a lovely solution, retaining a certain touch of the old apartment and Gràcia’s traditions in the new one. We revived old techniques and brought them up to date. Ted’A put a new twist on them, even extending this to the bathroom walls.”

The house of Biel and Laia is a small island in the center of Barcelona “with the warmth that only natural materials manufactured by artisans give you”. Biel is absolutely clear which part of the home he likes the most: “What I really like above all else is the floor, because it’s so comfortable. I love walking barefoot across it and feeling the ungrouted tiles. And on top of all that, it’s unique. It’s very closely identifiable with us.” 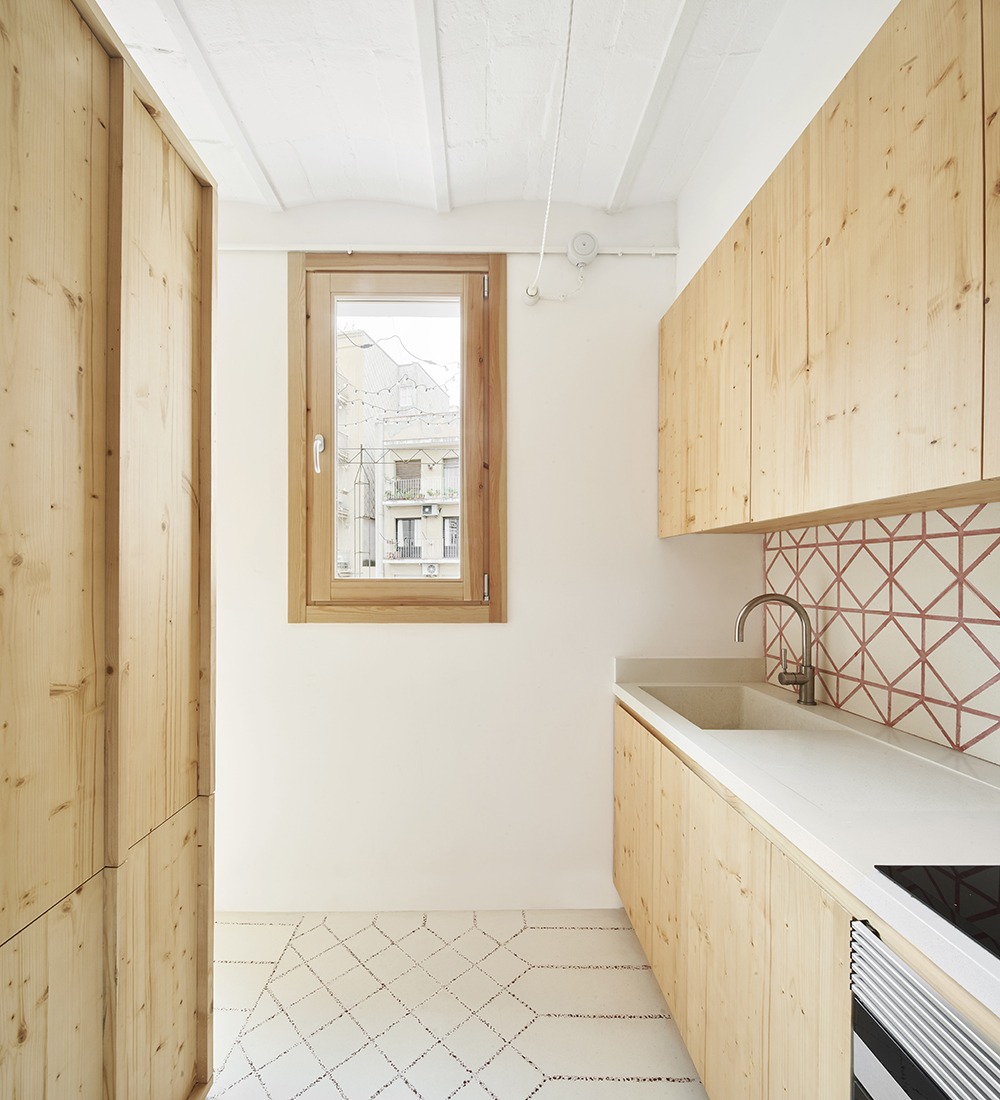 The expert hands of the [more] team then painstakingly sand the wood to produce particularly fine and long-lasting surfaces.

Far from dogmatism, Valérie and Vincenç's home is a true reflection on what is a collection, what it serves, and how to bring it to life.

Interview to Luis and Jacobo

They met three years ago through common friends, and soon after decided to set up a business that joined their different interests together.