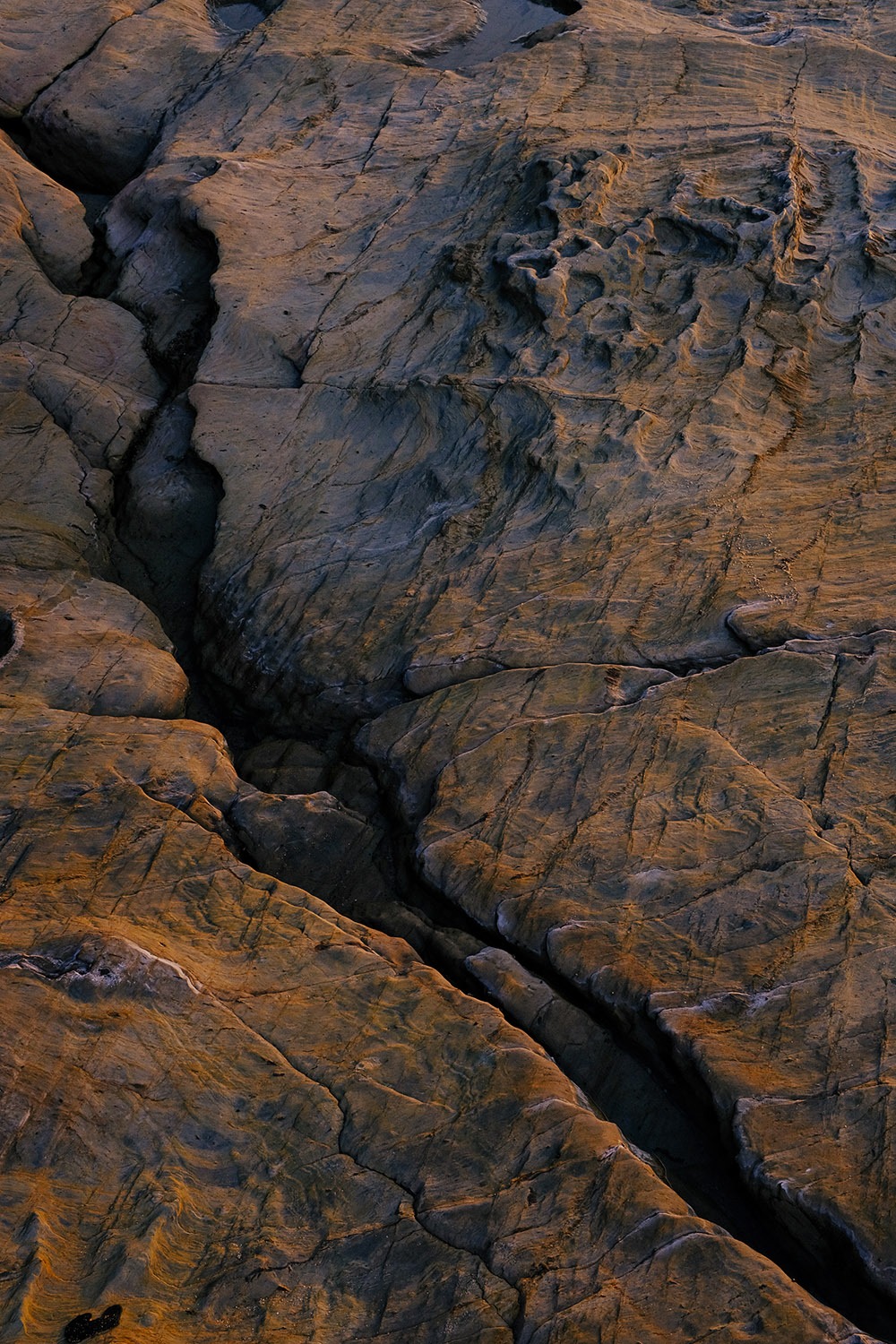 In Praise of Simplicity

One hour and a half drive from Lisbon, in a land almost untouched and where simplicity reigns over, there is Cabeça da Cabra; a different kind of guesthouse where Maria shares her passion and very own approach to surf. Minimalist architect’s paradise, it is the perfect place to unwind and take a break from the fast pace of modern life with other guests, friends and locals.

They say the best things in life are the simplest. Well, if you still had a doubt, a visit at Cabeça da Cabra should convince you. Located in Porto Covo, a small town along the western Alentejo coast of Portugal, this guesthouse is everything you need, nothing you don’t. Entering the premises is like touching the ground again after a long haul in a land of complexity. It’s nature at its best – free, untouched, humble. You feel immediately at home. And I already know it will be hard to take off again in a few days. 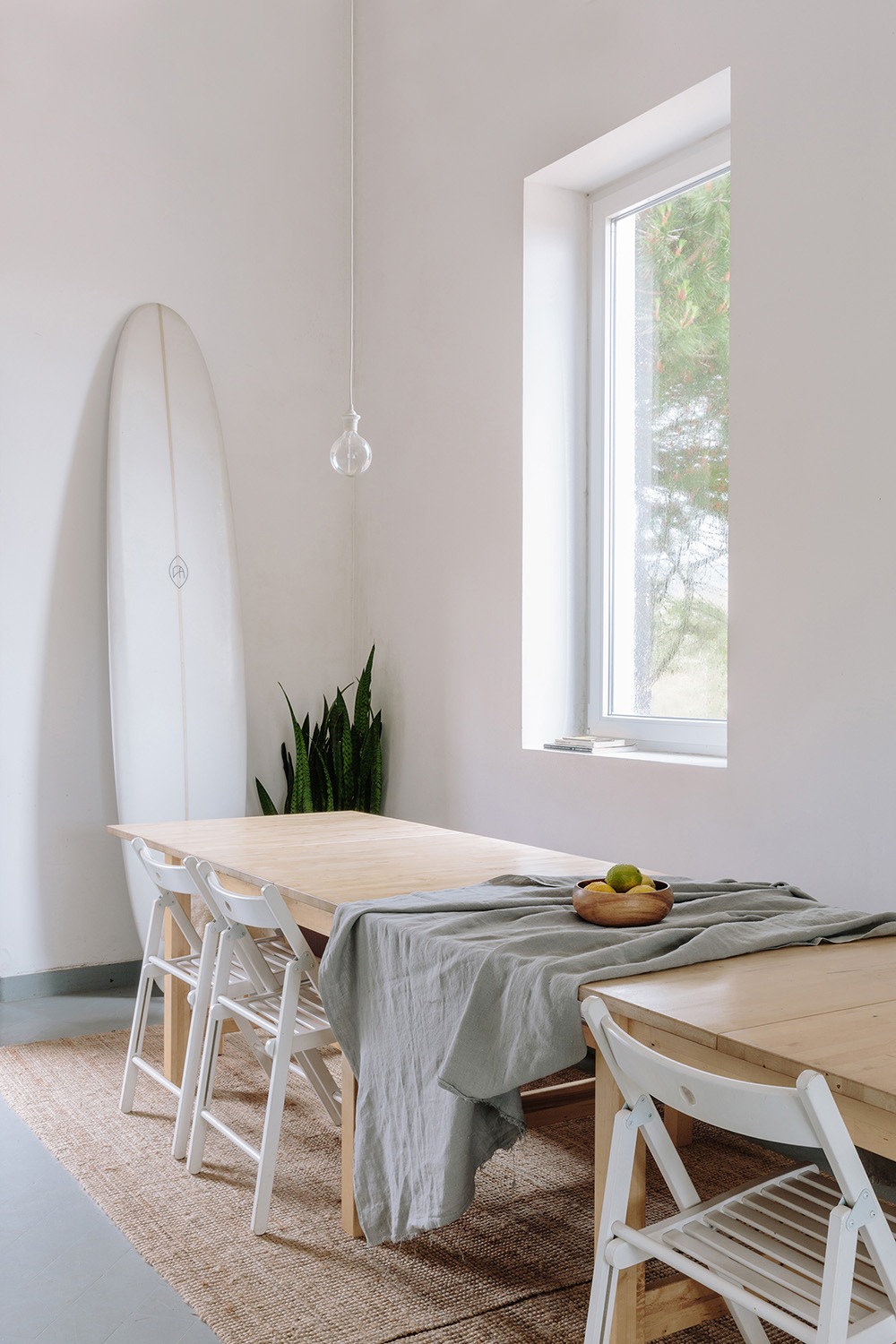 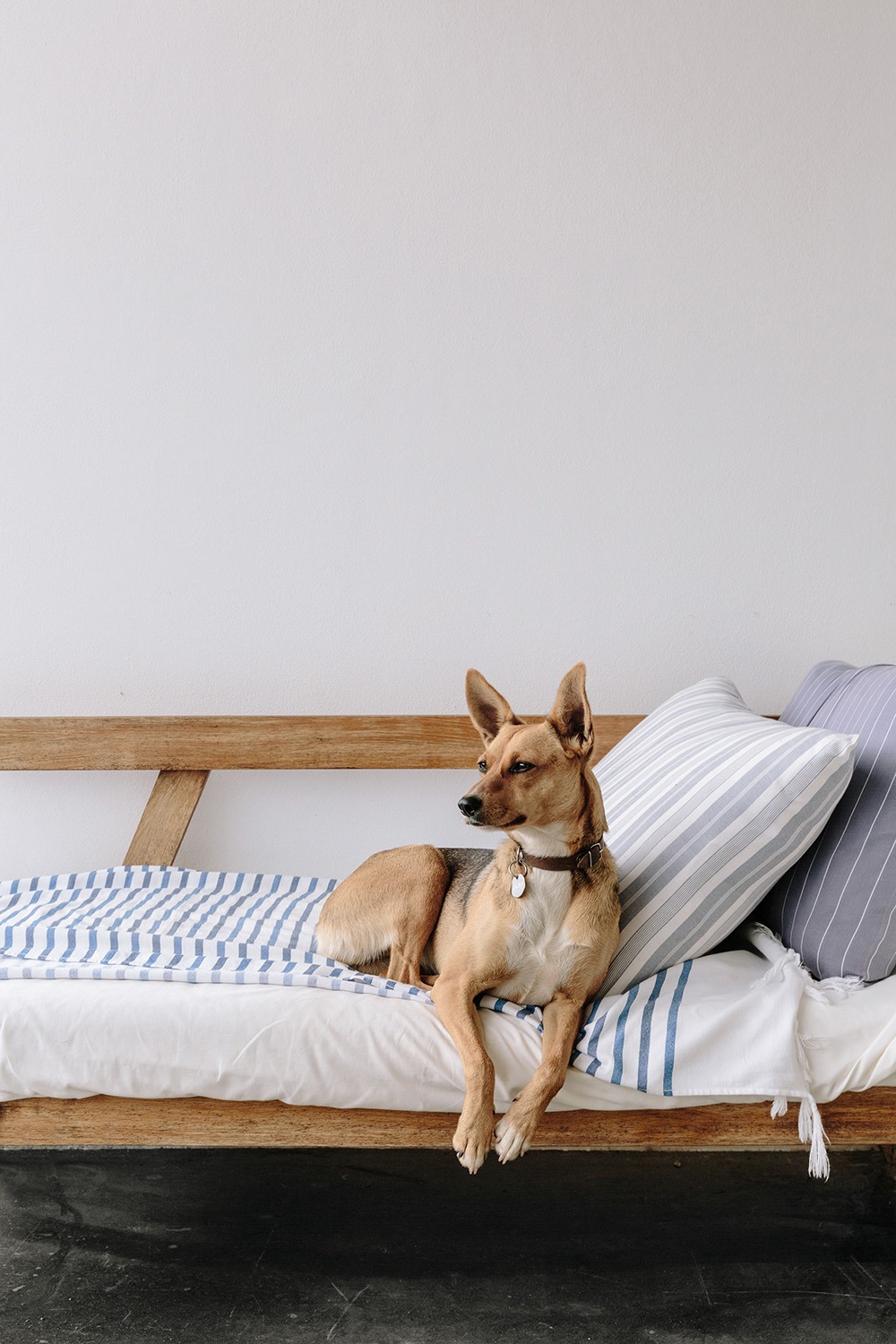 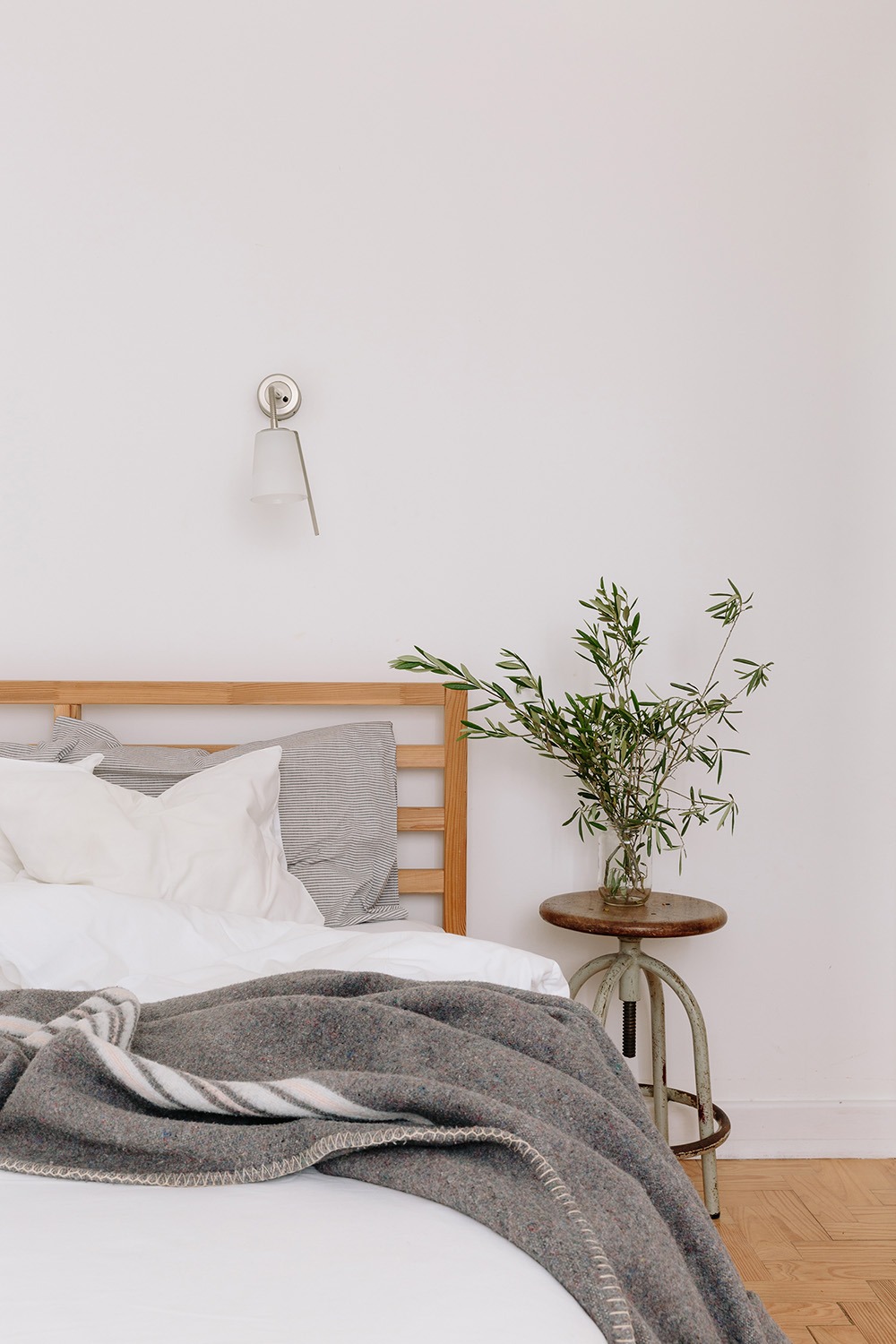 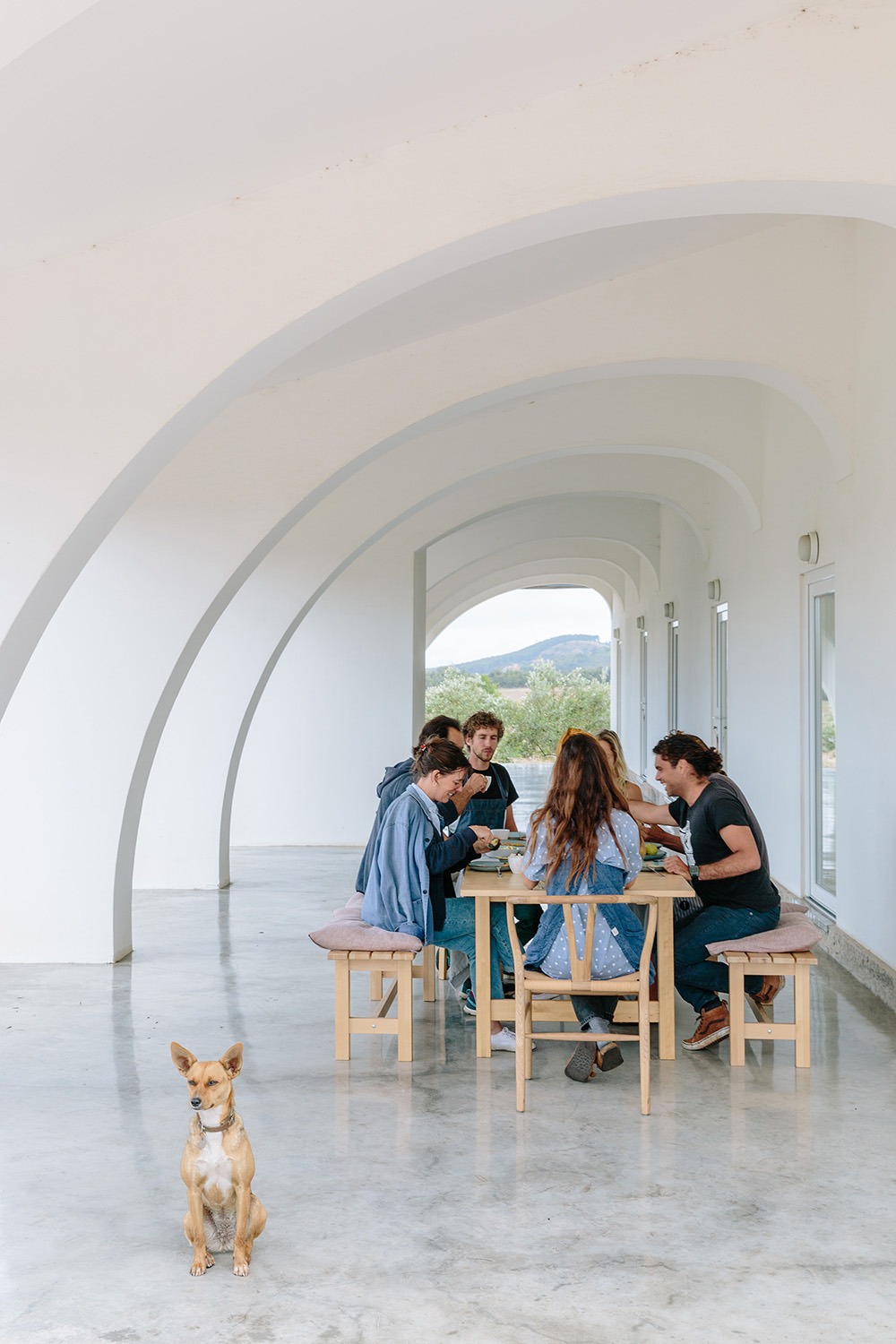 It’s no wonder Cabeça da Cabra makes you feel this way; it was predestined to be a guesthouse way before its time. Since her stay at El Nascimiento in Almenia, Maria knew she wouldn’t be an engineer for the rest of her life. But to make sure owning a guesthouse wasn’t just a pipe dream, she wrote it down on a little piece of paper, quite bluntly: ‘I want to have a guest house.’ So when the opportunity presented itself, she took a chance.

I hadn’t felt this peaceful in a long time. The wind was slightly brushing my face in the late afternoon sunshine. Lucky, her little rescue dog, was laying on my feet.

The story of Cabeça da Cabra (Goat’s Head in English) is one of a fairy tale – actually a few tales intertwined into one another. And listening to her share those stories around a fresh cup of coffee and the leftovers from breakfast – most fruits and vegetable are grown from the garden – was one of those moments that make you reconsider your life. Entirely. Yet like every great story, it comes with a great deal of bravery. Of course, when she bought the house, everyone thought it was madness. But for Maria, a career that made her feel like her life depended on it was madness – ‘This messes up with your head because it’s not your life’.

The story begins when she mentions to a friend her love for the architecture of these 1950’s primary schools. And because timing is often everything, it turns out they were selling those all over the country. She said if there was one in the area, by the sea, she’d be interested. One was being auctioned two weeks later; this was too much of a coincidence to ignore it. Taking one day off work, Maria went to the auction. She had no expectations. Obviously she got it. Looking through the military charts, she then found out that the house used to belong to her great great grand father. So does she feel like she belongs here? ‘For sure I am a local. I was conceived in that little house over there. I was just lost for twenty years.’ Her mum even used to have a fruits stand in her now favourite surf spot. If this wasn’t meant to be, then very few things must be. 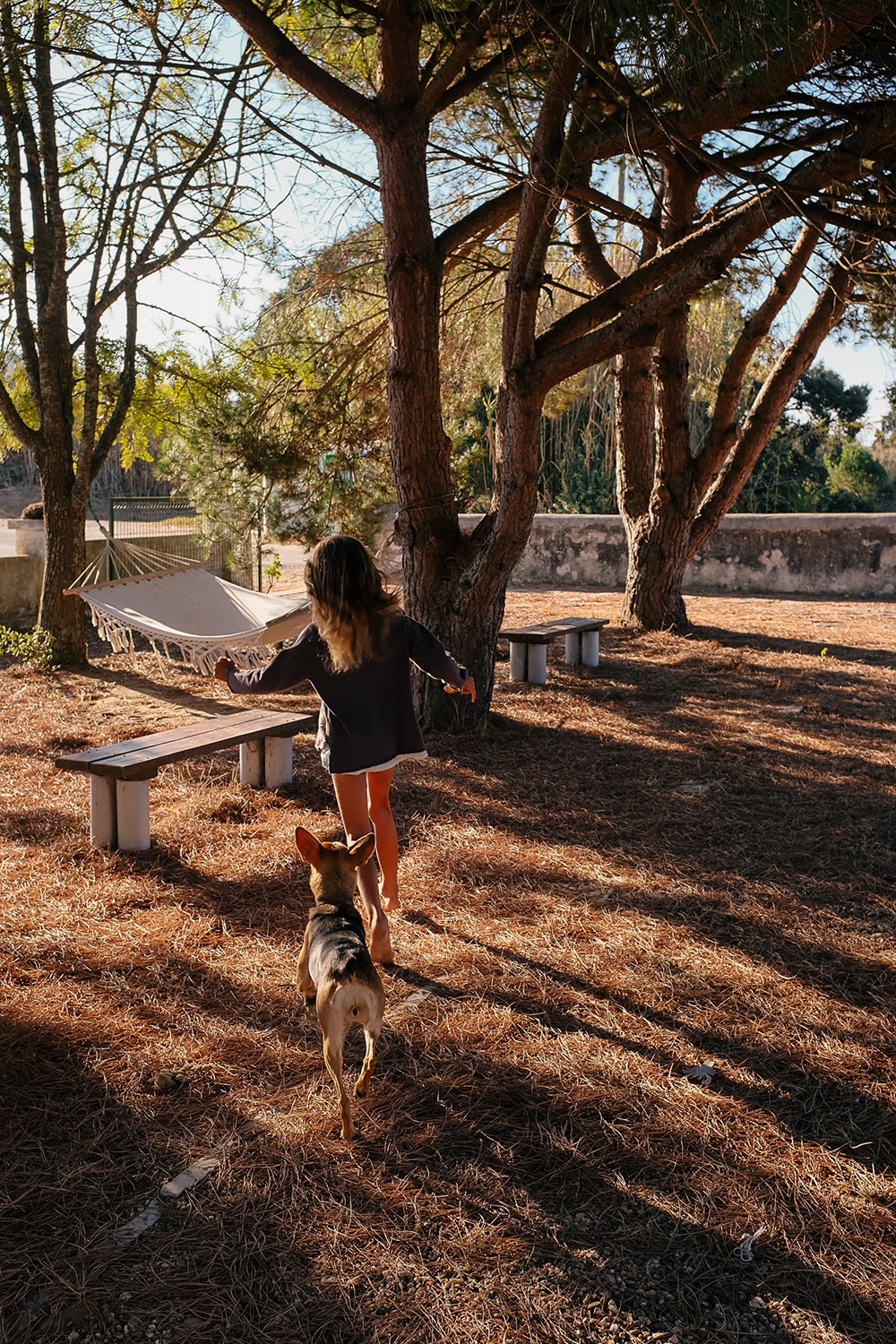 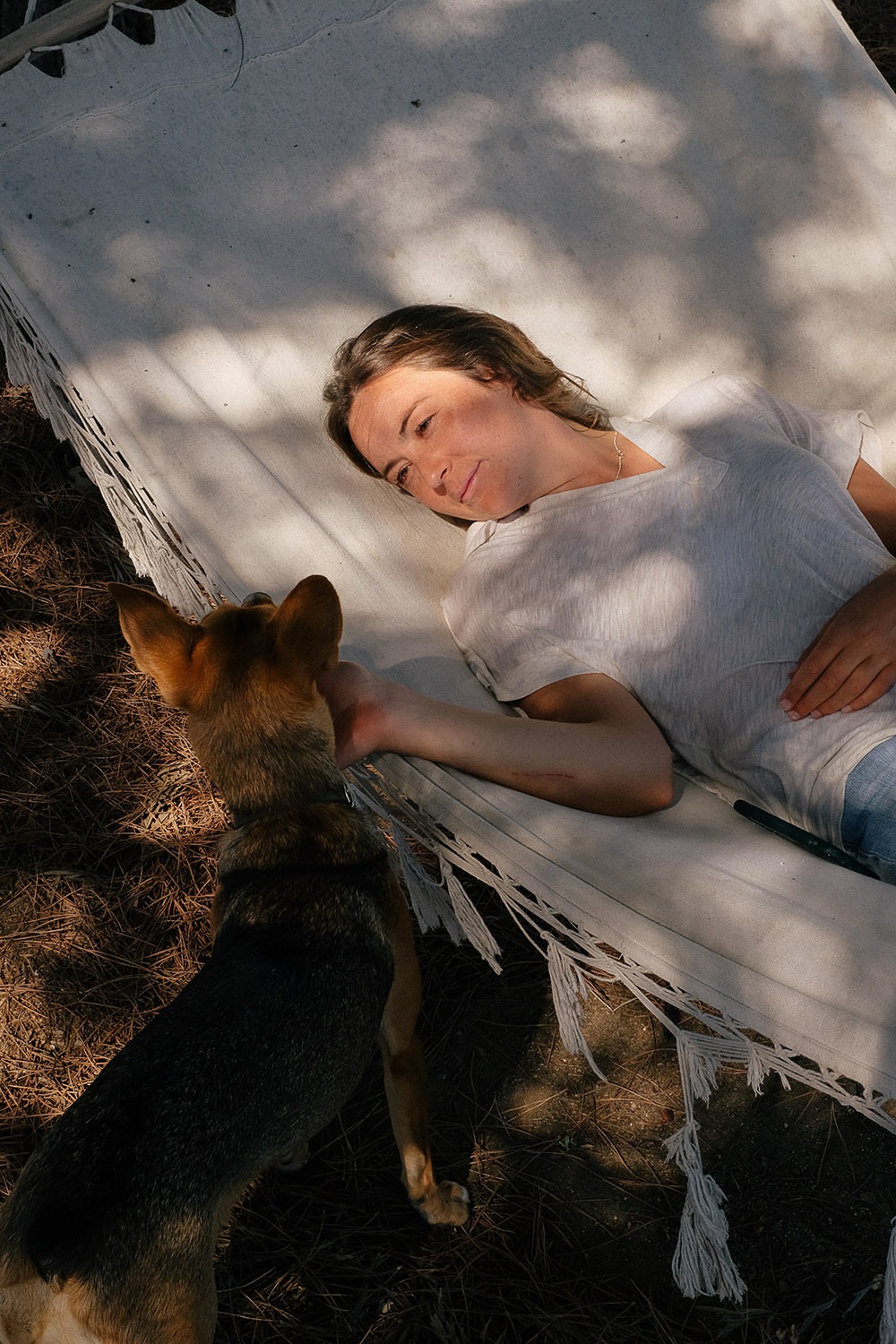 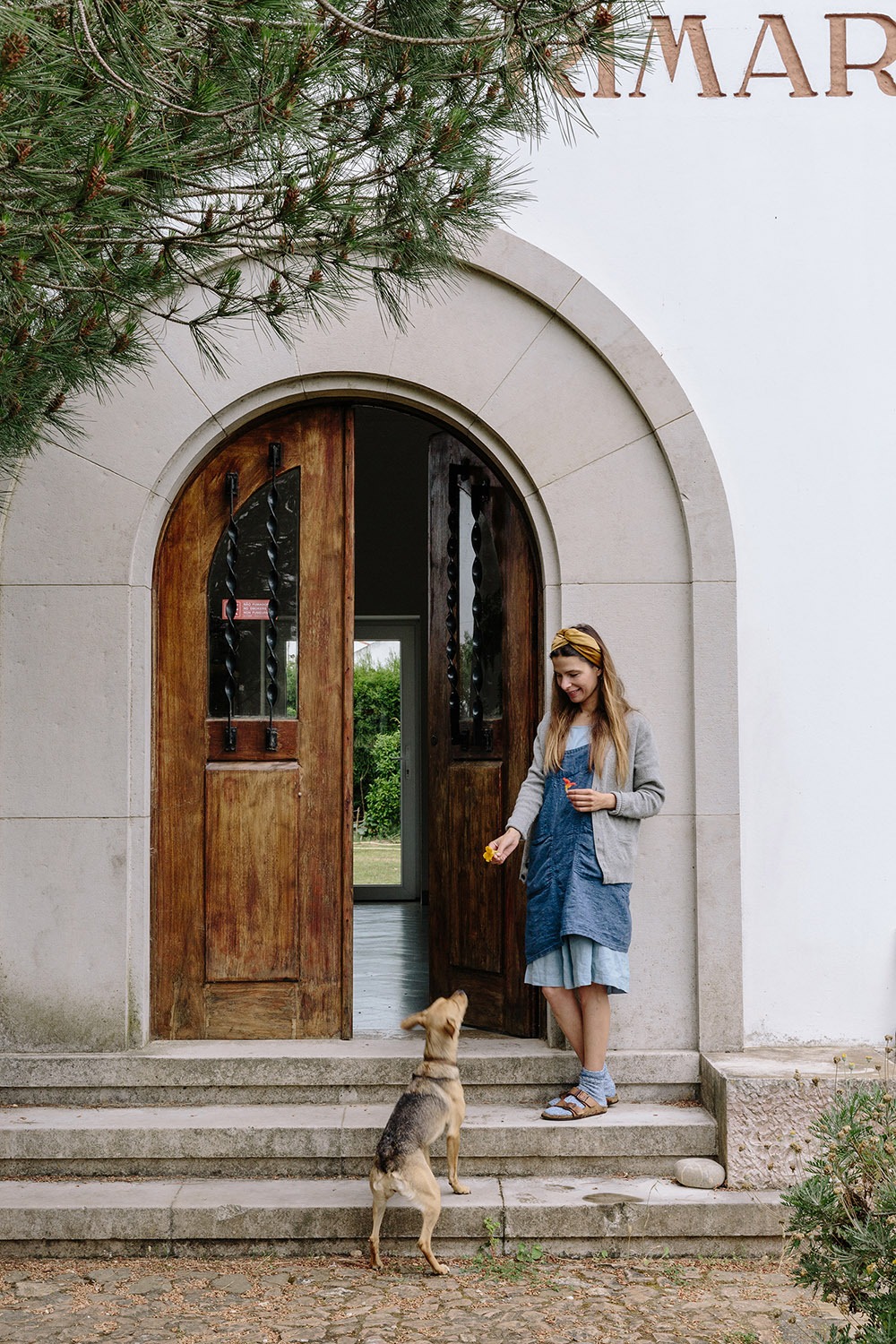 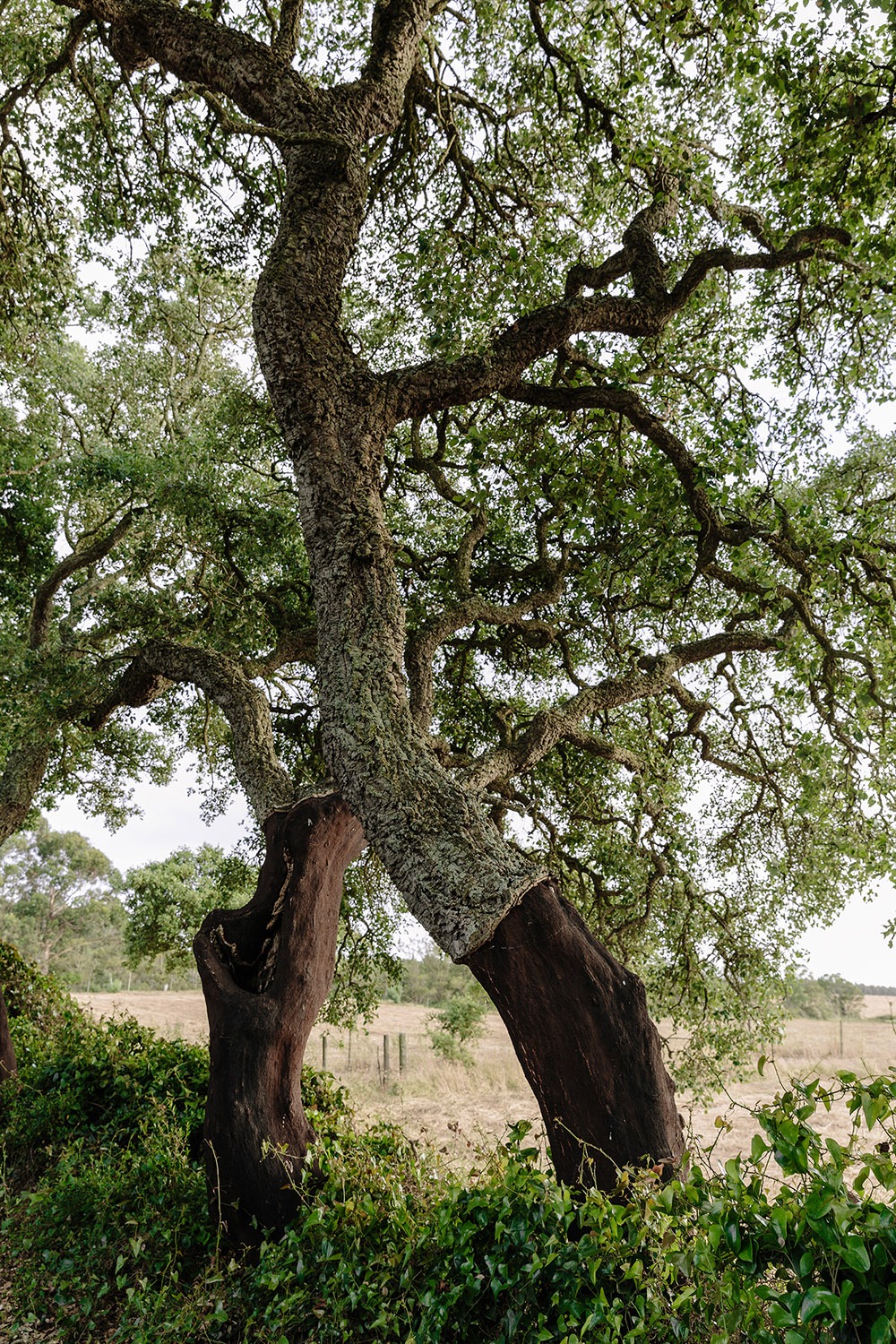 The initial idea for the interior design, which she drew on a napkin, came almost immediately after she got the house. She had it all in her head. And very few things have changed from that sketch; one of the main structural changes being the windows in the kitchen, now letting the magical Alentejo light come in every morning. She talks about a very modest architecture, one that resembles her boyfriend Duarte, architect, who designed the house together with her. Humble perhaps, but with an efficient beauty emanating from it – simply letting the necessary things be beautiful like the white concrete staircases in the loft suites. When they opened though, she recalls the place looking a little too bare: ‘we really only had the basics; it was a minimalistic architect’s paradise’. But little by little, slowly, furnitures started to fill in the space. ‘For instance, the chairs outside took me three years to get. Same with the chairs in your room. I like it that way. It takes me six months to buy a rug’.

It’s nature at its best – free, untouched, humble. You feel immediately at home. And I already know it will be hard to take off again in a few days.

It’s only later that her passion for surfing started, thanks to Andre, ‘the first man to go in those big waves,’ and owner of one of the first surf schools that opened in the area. As soon as he pushed her on her first wave, she knew she belonged to the sea; there was no turning back. And it was evident surf had to become an integral part of Cabeça da Cabra. At that time though, and even though surf wasn’t such a hype in Portugal, retreats were starting to grow in popularity. So the idea wasn’t to follow the crowd or make it the sole purpose of the place – still today, retreats are only organised twice a year – but instead propose something different, something done their way: ‘A lot of it is down to training your breathing in the same way professionals do. Because it doesn’t matter your level, controlling your anxiety, understanding the water, really is all that matters’. Again, simple.

As soon as Andre pushed Maria on her first wave, she knew she belonged to the sea; there was no turning back. And it was evident surf had to become an integral part of Cabeça da Cabra.

But all of this is not simplicity for simplicity’s sake. It is everything that simplicity opens up: the clarity, the mindfulness, the harmony. I particularly recall one afternoon laying down on one of the chaise longue randomly picked along the patio under the iconic arches – and not even in front of my room, that’s how free you feel at Cabeça da Cabra. I hadn’t felt this peaceful in a long time. 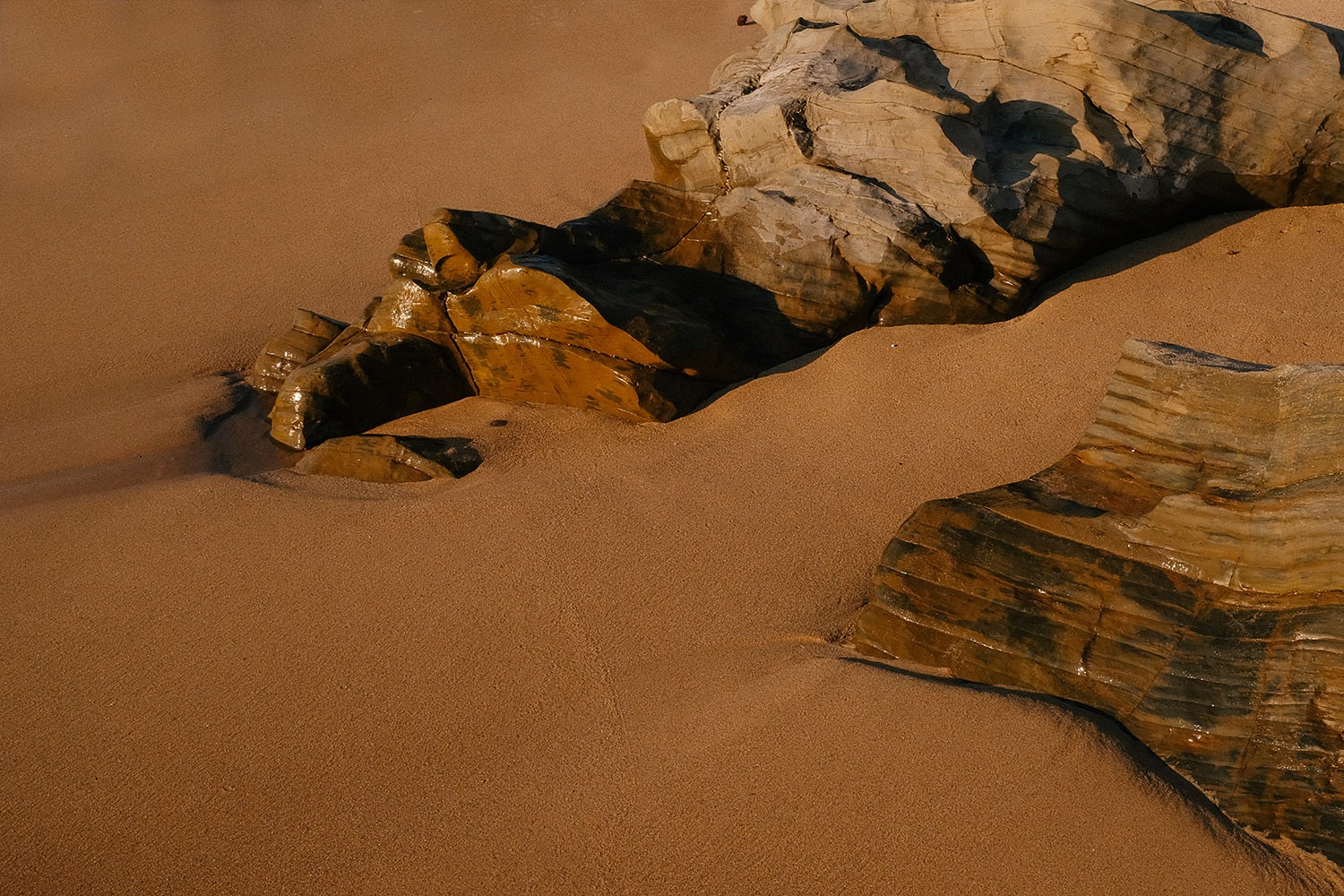 The wind was slightly brushing my face in the late afternoon sunshine. Lucky, her little rescue dog, was laying on my feet. The birds were singing. I could still smell the iodised air from our visit to her favourite beach that morning. But it wasn’t just these. It was that more inner sensation of feeling at home. Hearing in the distance the cows in the field; the talk and the laughter of newly made friends. Still almost in perfect silence. There aren’t many places that have the power to make you feel this way.

I told Maria my desire of opening a guesthouse one day, back home. She said she now dreams of visiting a place similar to hers, away from home, for a holiday. Coming back to my room that night, it was obvious what I had to do. Taking a pen and tearing a page of my notebook, I wrote down: ‘I want to have a guest house.’ Seems wishes come true at Cabeça da Cabra. 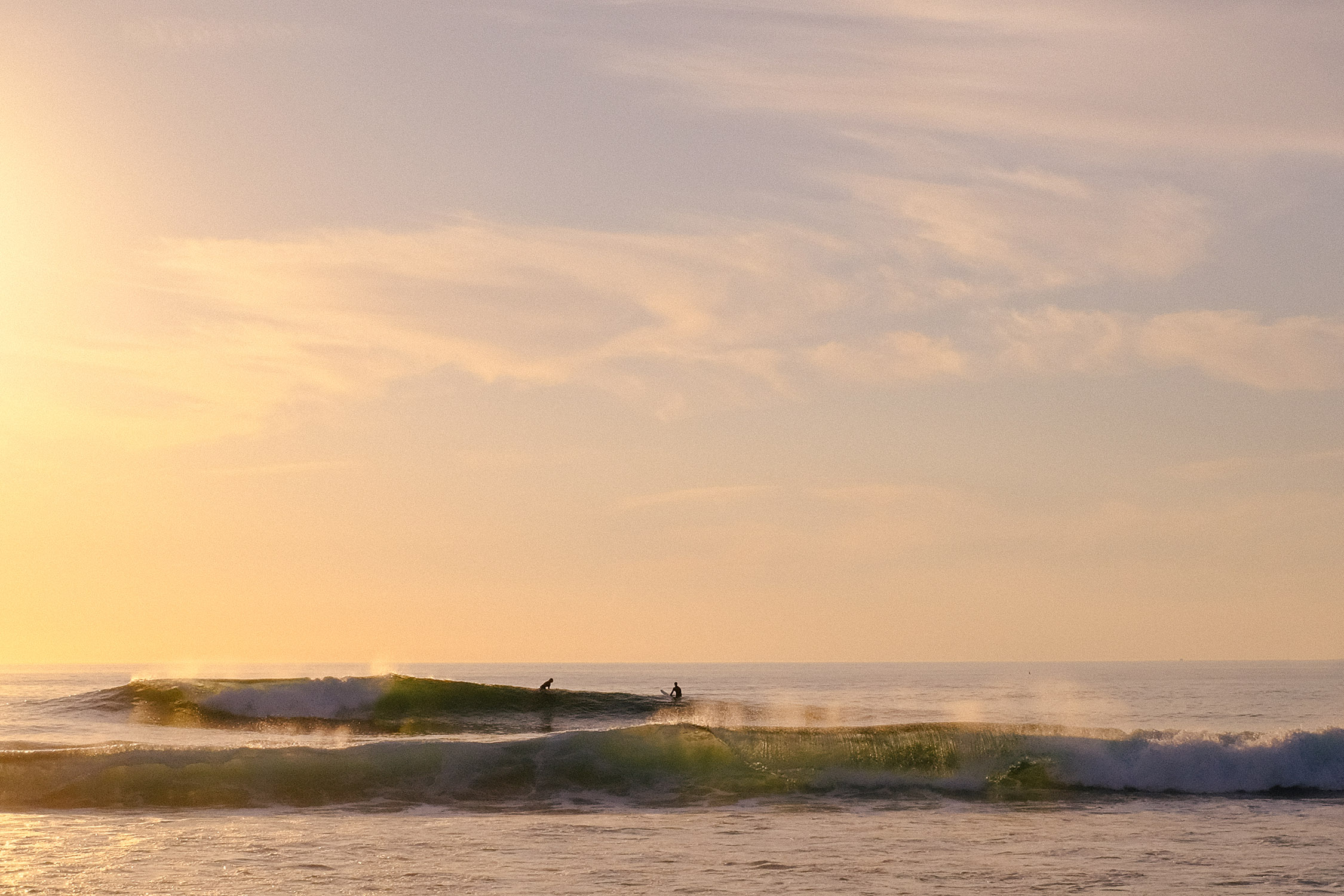 It’s June in Brno and we are outside the Villa Tugendhat, Mies van der Rohe’s modernist house in the leafy neighbourhood of Èerná Pole, not far from the centre of town.

Fondazione Prada is a pilgrimage site for enthusiasts and professionals alike in the world of art and architecture. 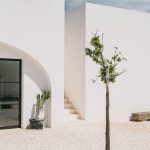