A wall uniting art and community

A line drawn across a piece of paper turned Casa Wabi into a reality when Tadao Ando first sketched this foundation, which is structured along a 350M of concrete wall.
Written by Inma Buendía
Photographed by Fernando Farfán 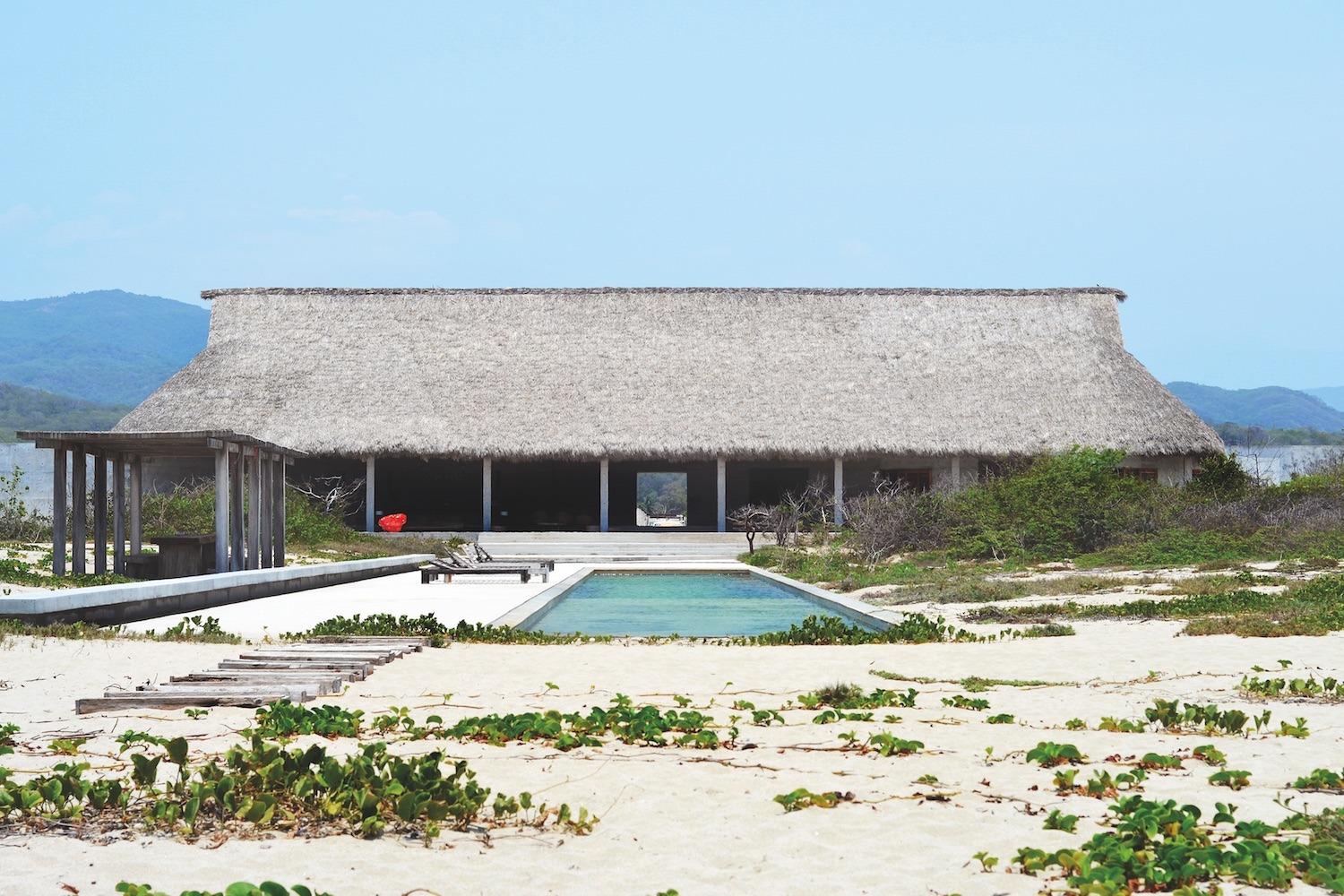 A line drawn across a piece of paper turned Casa Wabi into a reality when Tadao Ando first sketched this foundation, which is structured along a 350M of concrete wall.

On a Mexican beach, the imposing presence of the wall clearly marks the North/South, beach/mountain, public/private, and gallery/housing axes. The Japanese architect had never designed anything like it before, but Bosco Sodi insisted and his words pushed Ando’s skepticism aside. For Bosco the project had started long before, during the first of several art stays in Japan, when he became fascinated by some of the country’s museums designed by Tadao Ando

Bosco explained his idea: he wanted to build a place to accommodate and shelter artists who would, in turn, become directly involved in the community. He aimed to get rid of the superficial outer layer of art, and commit socially to an exercise that he believes every artist must successfully undergo in order to succeed.

Puerto Escondido, a small fishing village by the sea on the Oaxaca coast, was the perfect setting to develop this Project that was both personal and professional. Bosco’s family had known the location for decades as they already had a getaway home in the region, a place they returned to for the simplicity of its quiet landscape, far from the turmoil of a big city.

In 2014, Casa Wabi opened its doors as an art foundation whose main focus is community education. The historian and sociologist Gerardo Guevara had conducted anthropological research to measure the impact of such a message, and he determined a radius of villages within 10 minutes from Casa Wabi that could benefit from this vision. When artist residents first arrive, they are not asked to develop their own work but to collaborate with the local people. The foundation’s team aims to mix young with established authors to promote dialogue, projects and multiple collaborations. There are no open calls, grants, or contests. Casa Wabi invites those that can contribute something both to other artists and to the local people. A condition which extends also to chefs, musicians, dancers or writers.

On one side of the wall, surrounded by cactus and sprayed with the breeze from the sea, the foundation can host up to six artists at a time. The space consists of one bungalow per resident, two large working halls, and an extra six open studios which invite fluent exchange between artists. The light and shadows play next to the sculpture garden, an exercise in aesthetic humbleness. The inspiring beauty of Casa Wabi comes from the combination of Ando’s trademark use of concrete, with roofs made from dry palm leaves – traditional building elements of the region. The direct, simple and unpretentious style of Tadao Ando is precisely what captivated Bosco, and proves that great works can be built with simple materials.

Casa Wabi is accessed through the main palapa which contains the common rooms, kitchen, lounge, a TV room and a play room – located alongside the premises that Bosco and his family occupy on their visits to the foundation. The gallery on the other side of the wall hosts an annual exhibition of the most important contemporary artists. Through the gallery, Casa Wabi remains constantly in touch with admired creators from all over the world, whose imaginaries show proudly to the local community. This is a joint journey with the foundation’s film program, which takes cinema to the nearby villages.

Casa Wabi’s gaze also cuts across Mexican culture. Its recent clay program aims to preserve tradition among new generations and to recover the use of domestic clay tools. The pottery oven will soon take up its own pavilion, planned by the Portuguese architect Alvaro Silva.

Bosco Sodi’s will to educate villagers through art is now a reality at Casa Wabi. In little over a year, the foundation has worked hard with some sixty artists from all over the world. Artist residents and locals work together in an endless and unpredictable dialogue, providing creativity in its purest form. The areas surrounding Puerto Escondido see the house as a place to grow new ideas. The young approach the foundation to propose new workshops and projects, and the footprint left by Casa Wabi on the communities has also marked the lives of the managing team. Divided between Puerto Escondido and Mexico DF, the foundation is a haven that hosts different approaches and proposals in the art world, well beyond sales and exhibitions. The foundation is now a small, and yet large, family that works on both sides of the wall – a wall which does not serve to separate, but to unite art and communities.

A Modern Approach to Rural Dwelling

Atop the rugged cliff sides of the Calabrian coast, a contemporary structure roots firmly to the sun-baked dirt.