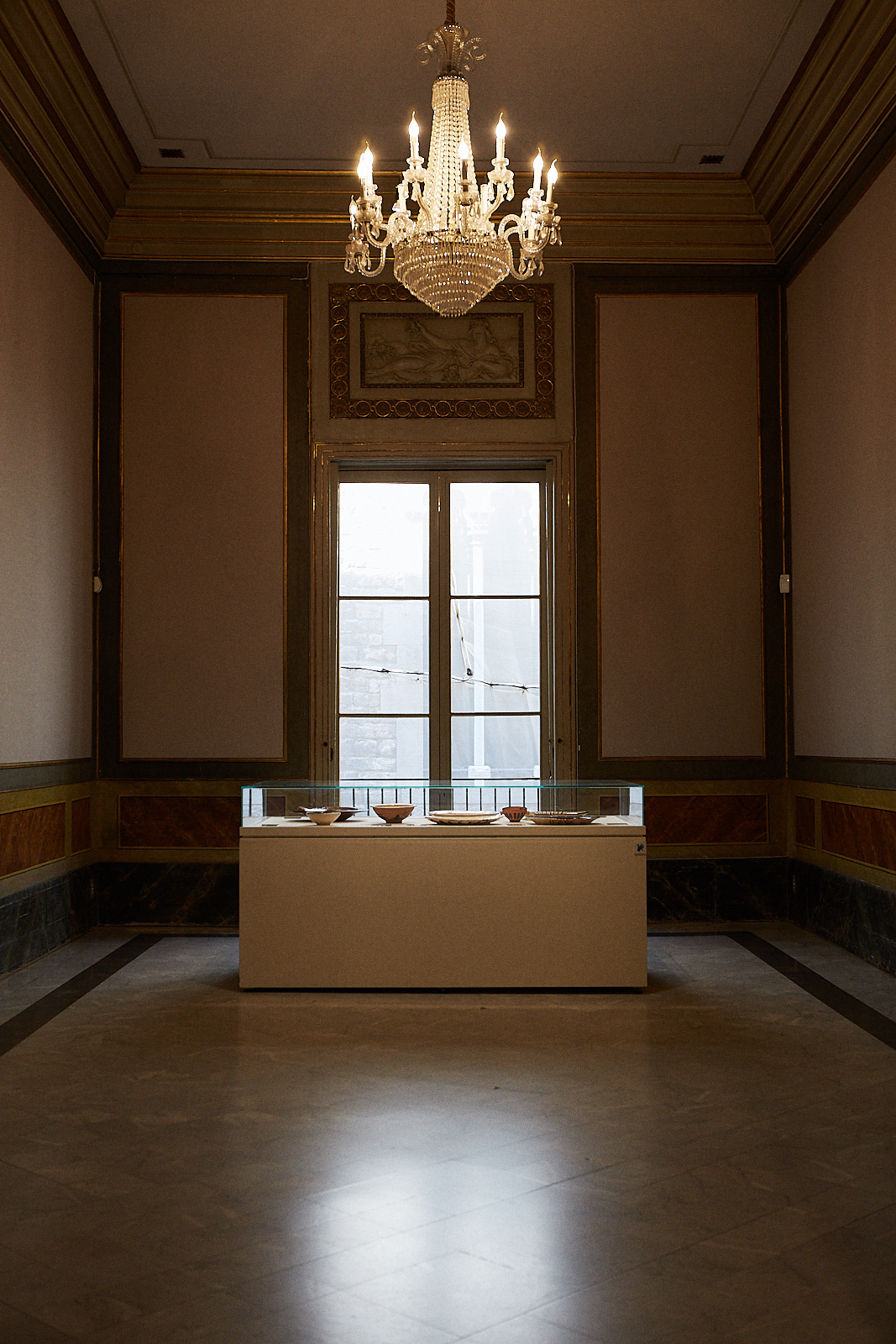 A timeless love with Barcelona

“Picasso had a multifaceted relationship with ceramics from the beginning. He was friends with such ceramicists as Paco Durrio, who is also represented in the exhibition at the Picasso Museum in Barcelona, albeit with a different type of ceramic piece”, explains Emmanuel Guigon, the museum director and curator of the exhibition we have come to see: Picasso and the artist’s jewellery.

In 1946, just after the war, Picasso discovered and fell in love with a primitive and archaic type of craftsmanship: ceramics. Following the traumas of the Second World War, the artist from Málaga escaped his life in Paris and sought refuge along the Côte d’Azur. There, while visiting an annual potters’ exhibition, he met an artisan couple, Suzanne and Georges Ramié, who introduced him to this new practice and allowed him to experiment in their studio: the Madoura Workshop.

The unpredictable process of firing ceramics, together with the other techniques used to create the pieces, aroused great interest in the artist, who became fascinated by the mutability of the colours after they passed through the kiln. Picasso even celebrated when the vagaries of chance caused pieces to crack or break during the firing process and frequently incorporated these into his work.

Picasso used traditional imagery as his subject matter. “When he arrived in the south of France, he found it to be more Mediterranean; he was very impressed by the culture, with all its traditional images. Alongside bulls and nymphs, we find food, fish, octopus and sea urchins”, notes Emmanuel. Picasso chose to populate the surfaces of his pieces with mythological figures and scenes, transforming many of them into the heads of women or fauns. At times, their edges seemed to evoke the frame of a painting, guiding the eye to a central space from which horns, ears and sometimes even faun beards sprout. 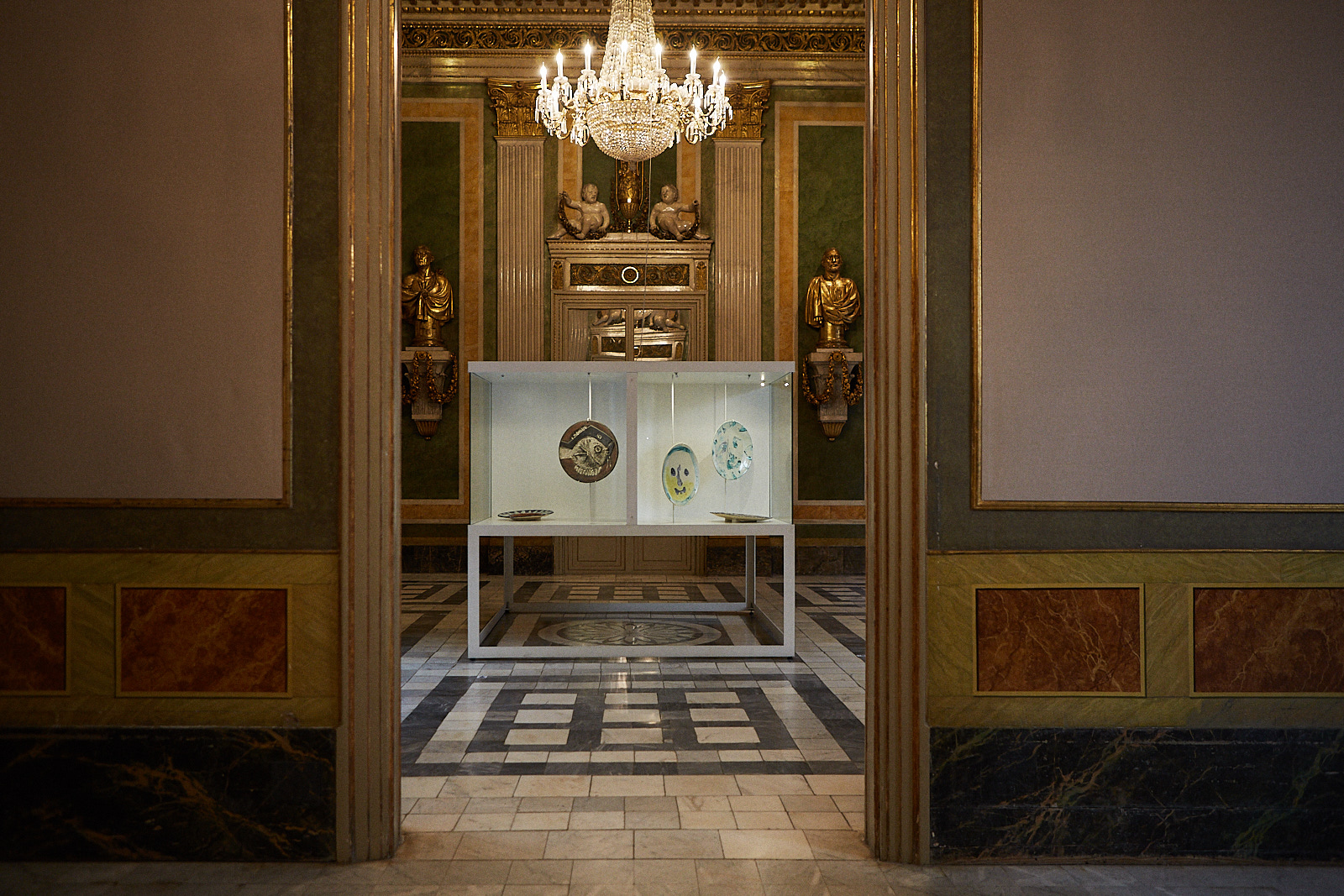 His first experiments also include a set of round plates whose decoration alludes to other works developed by Picasso during the same period. In an empeine originale from 1950, the edge of the plate is worked in such a way that it looks like the audience in the bullring watching a bullfight in the centre. Bullfighting was, of course, another of the artist’s favourite themes, and one which made him reminisce about his native country. He often introduced a combination of techniques, sticking another object on top of a plate, as in the case of the bullfight and the fish. 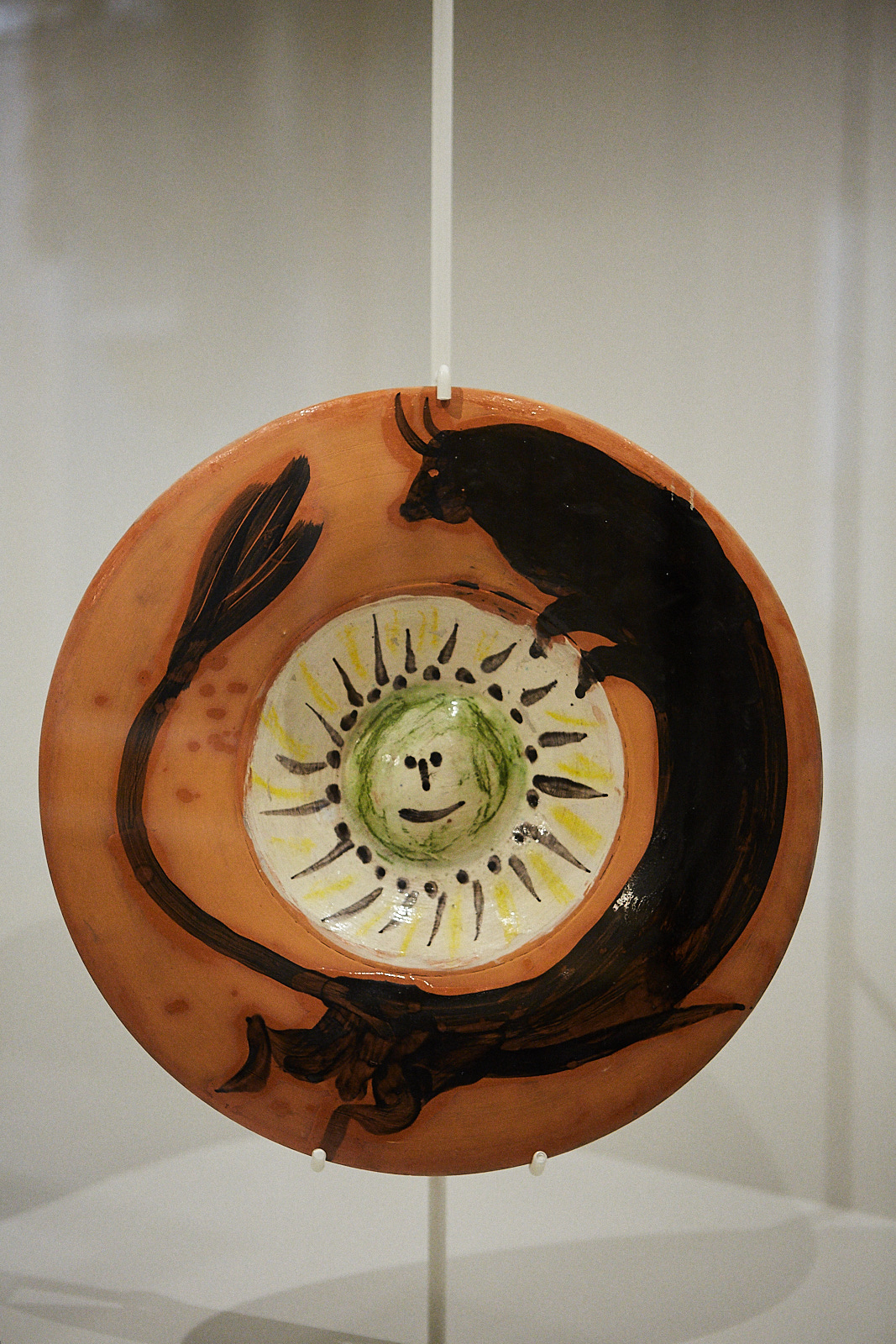 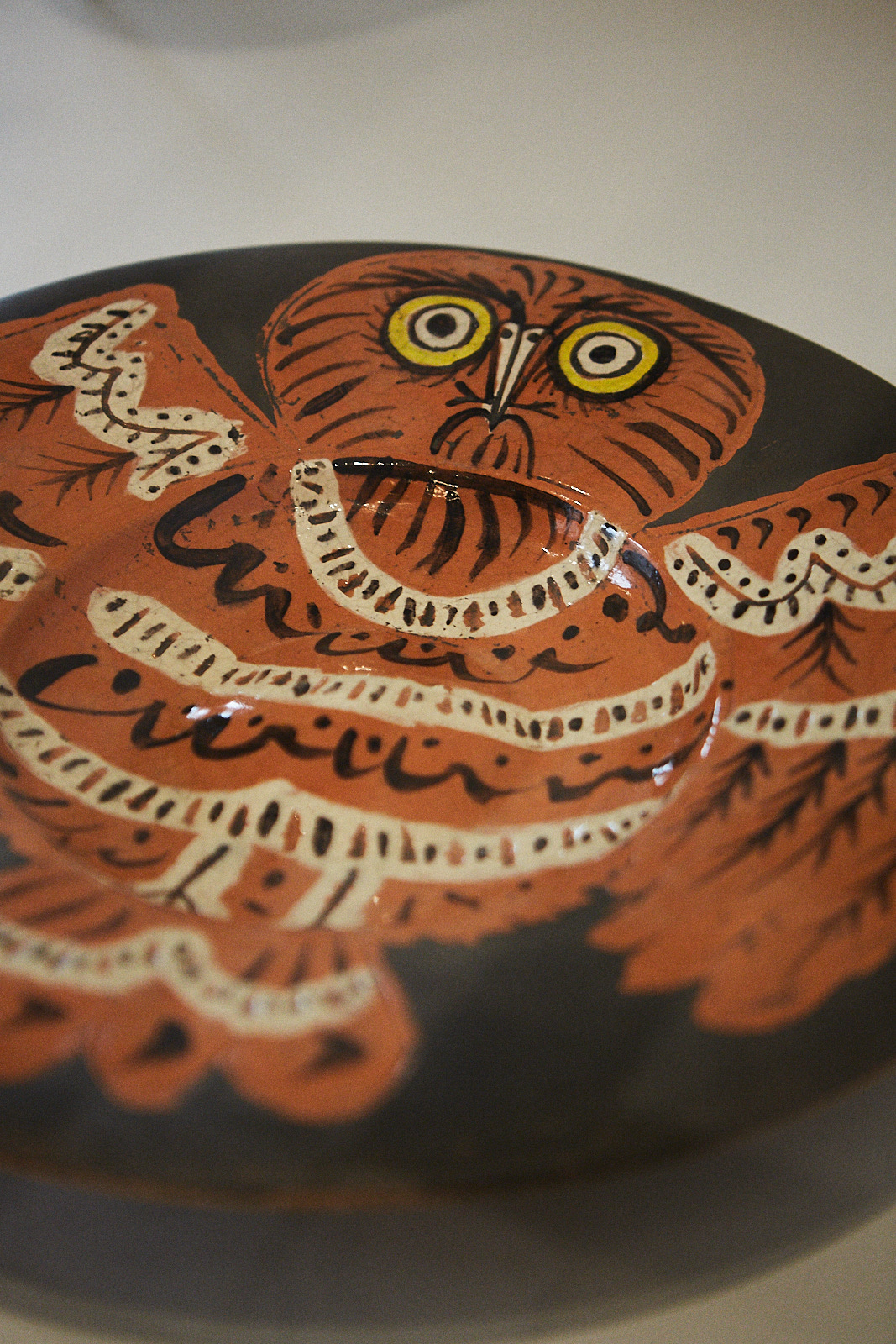 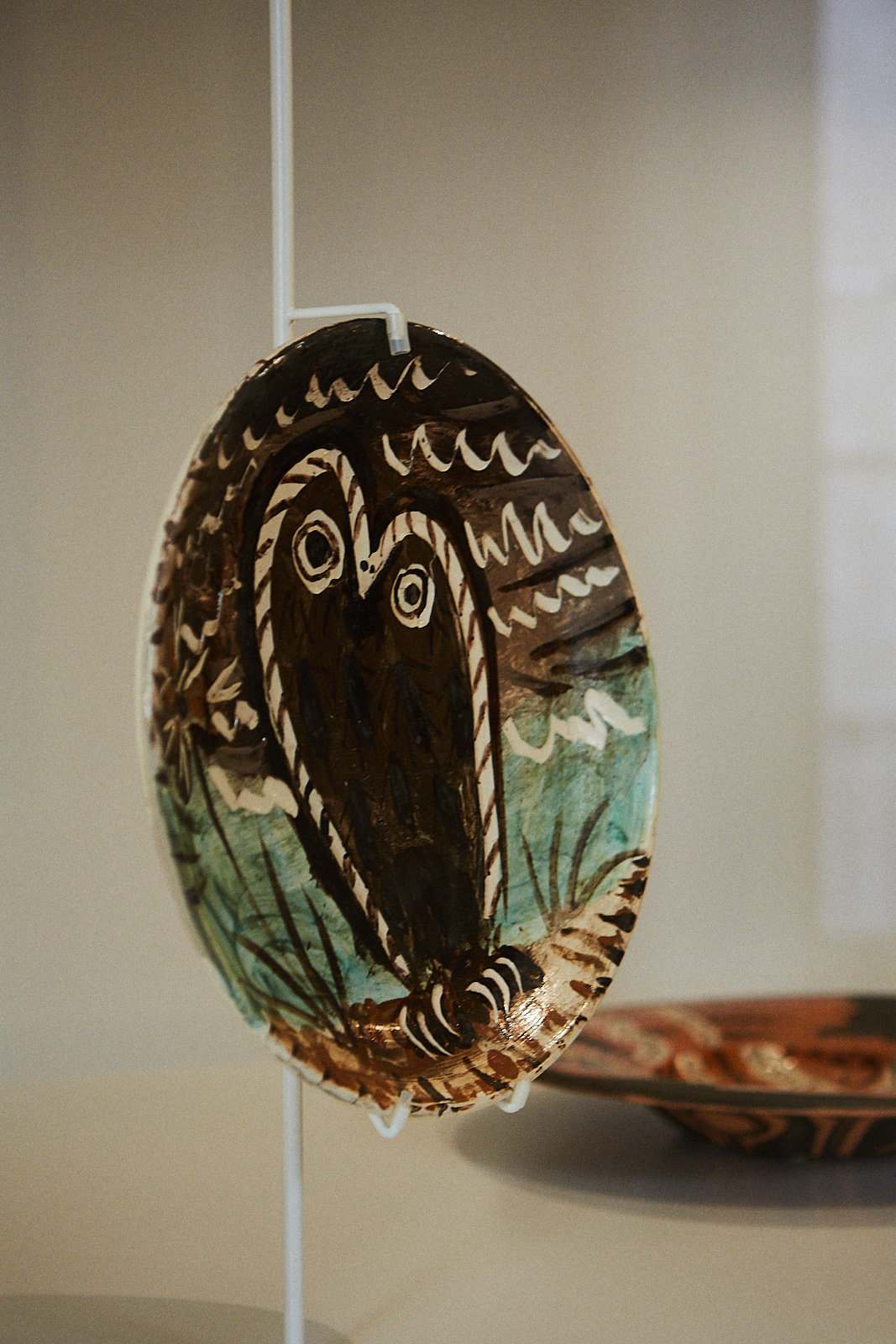 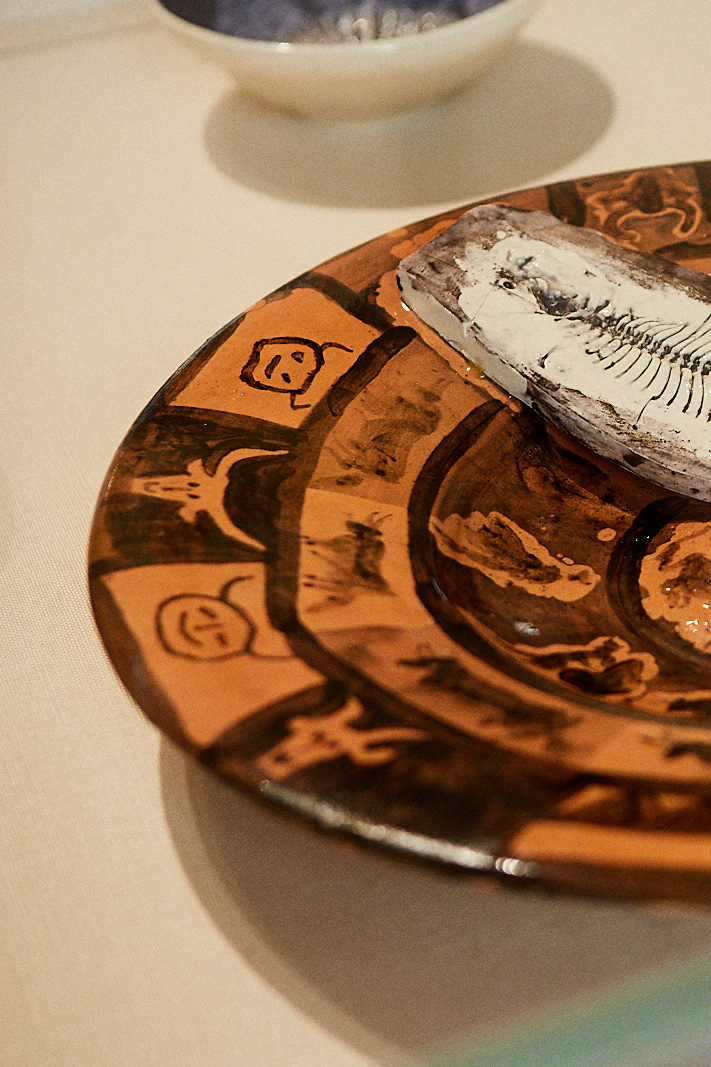 During these early years at Madoura, Picasso saw the ‘Gothic Pitchers’ not only as a curved surface on which to paint, but a form loaded with sculptural detail. These pieces could be decorated on all sides, following the curves of the female body, reminiscent of the Venus of Laussel. Picasso also often made use of pottery fragments giving them a new life, as in the case of the Naked Medallion. 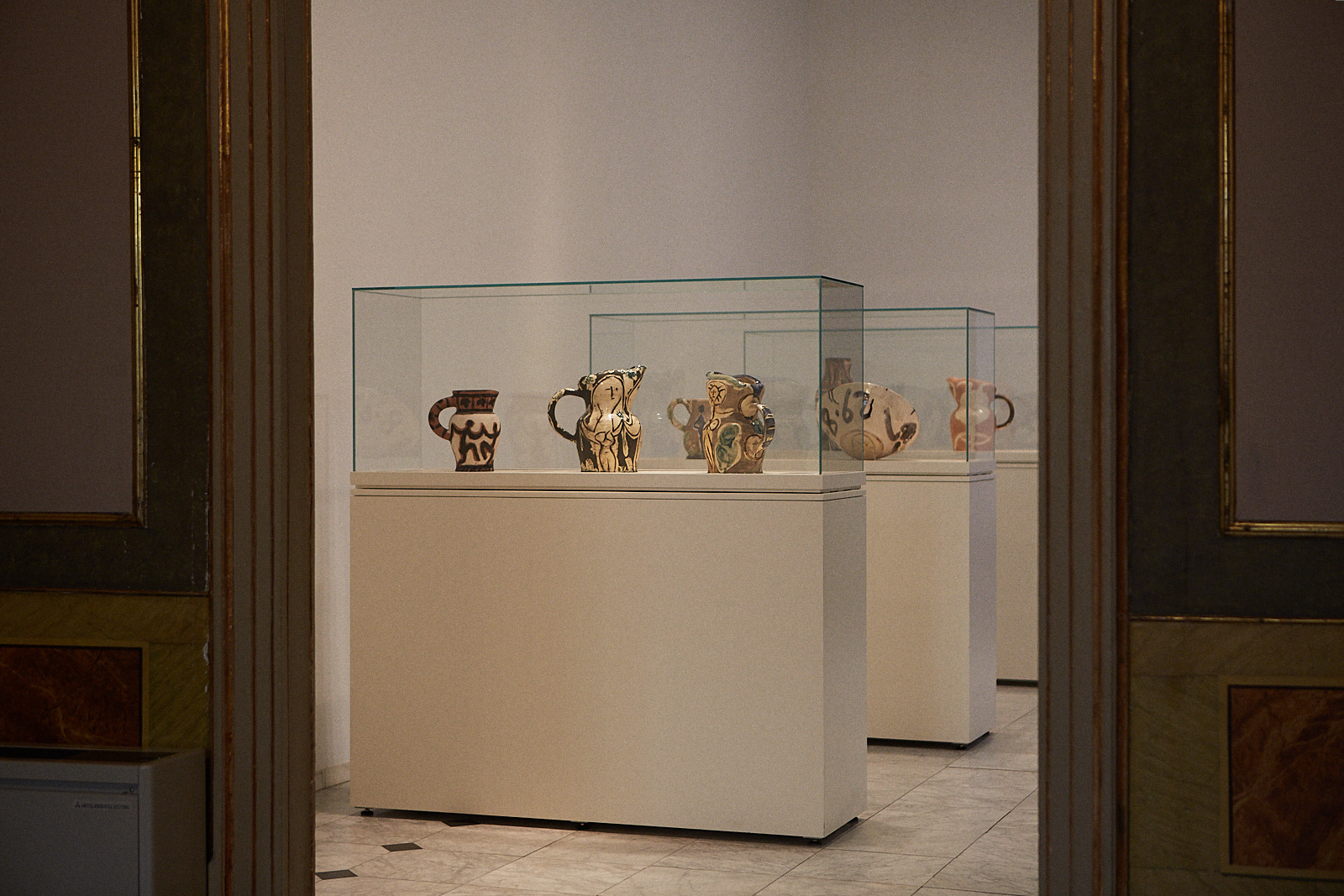 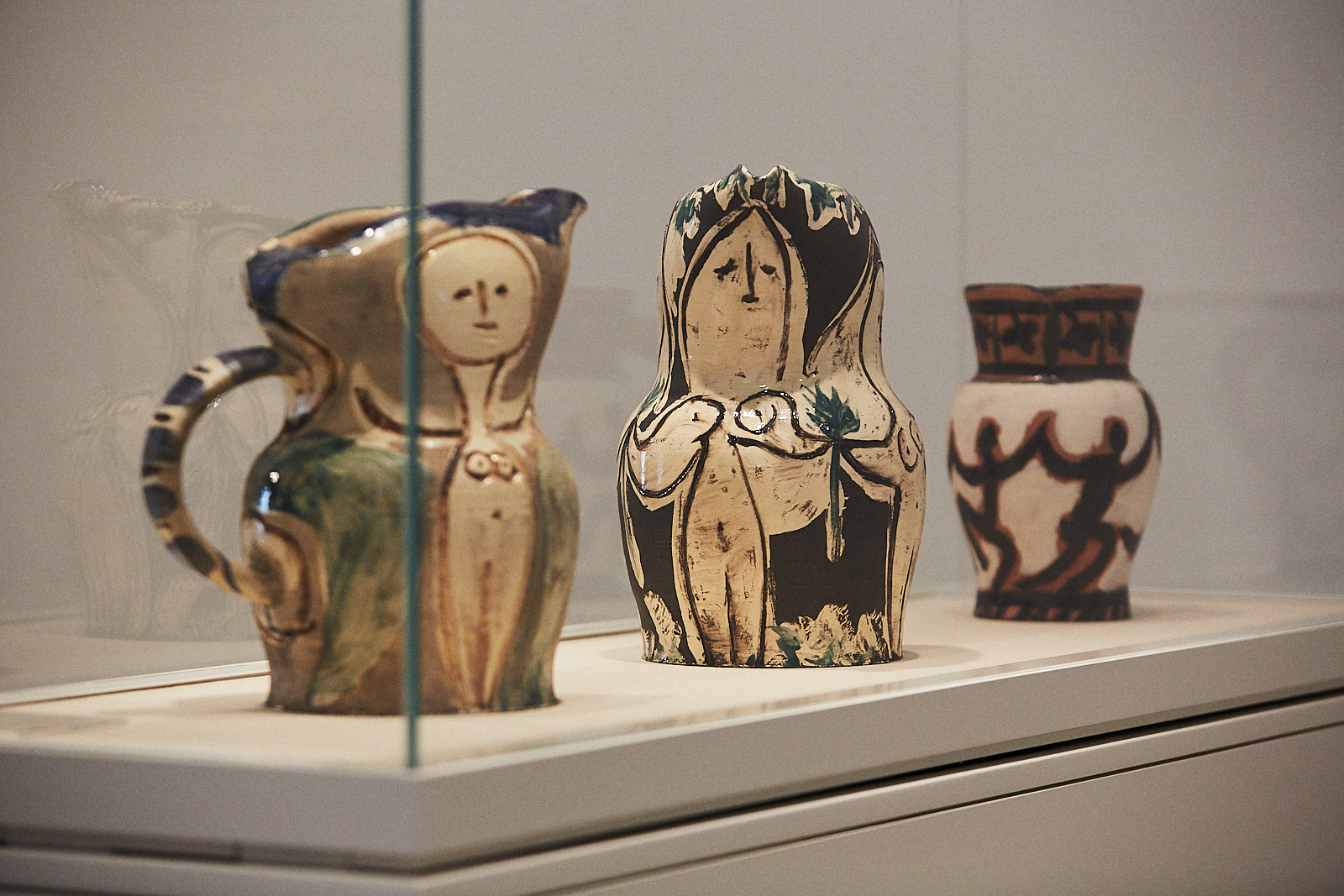 Painting over the red terracotta, through the very lines in the ceramics, using the play of shadows and the Catalan earth, the artist toyed with depth, guiding us to discover the room, whose interior can be seen upon closer examination of the piece. “This series of portable pieces brings us to the idea of the miniature museum and are an indication of his idea of intimacy.” 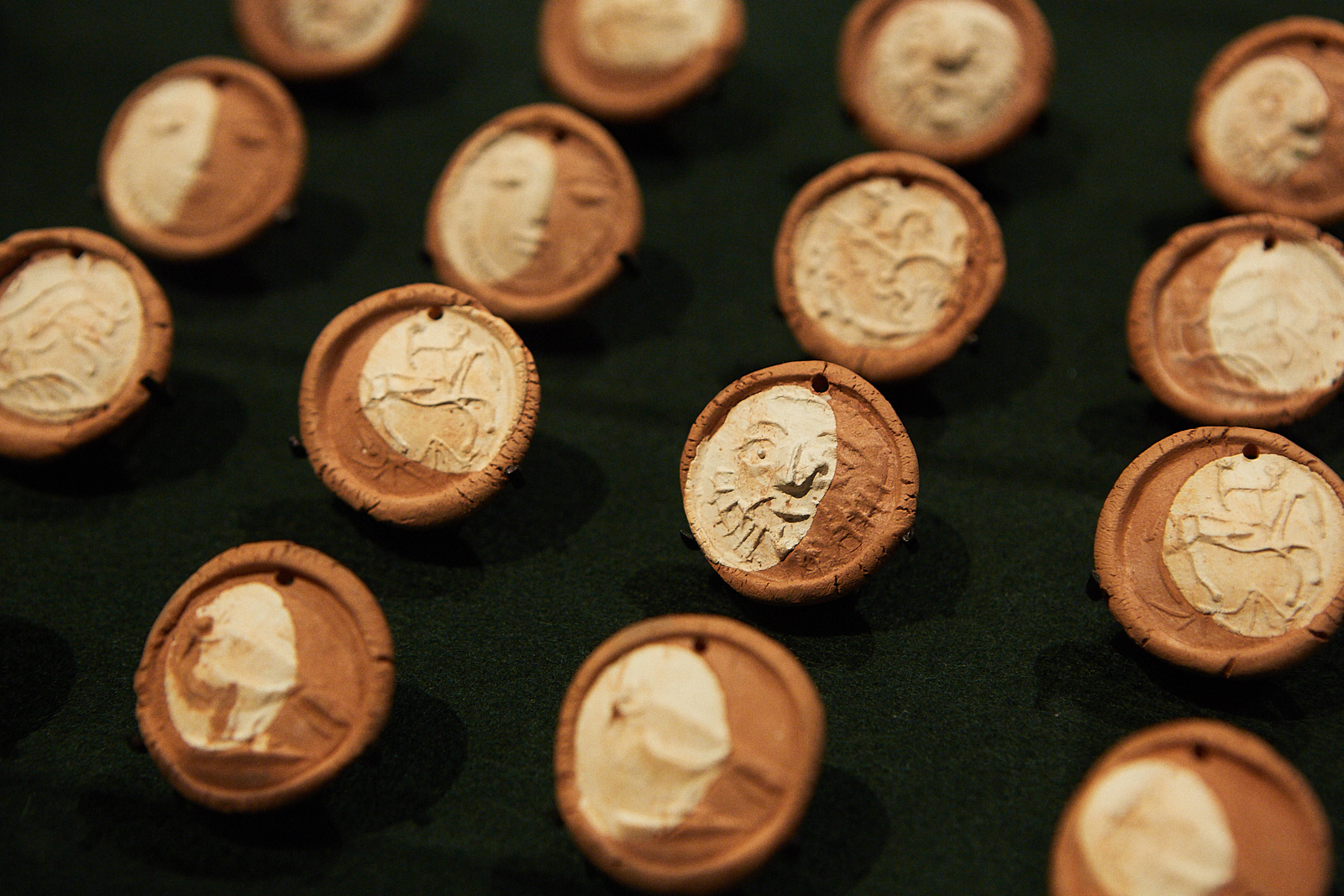 “This series of portable pieces brings us to the idea of the miniature museum and are an indication of his idea of intimacy. "
Close 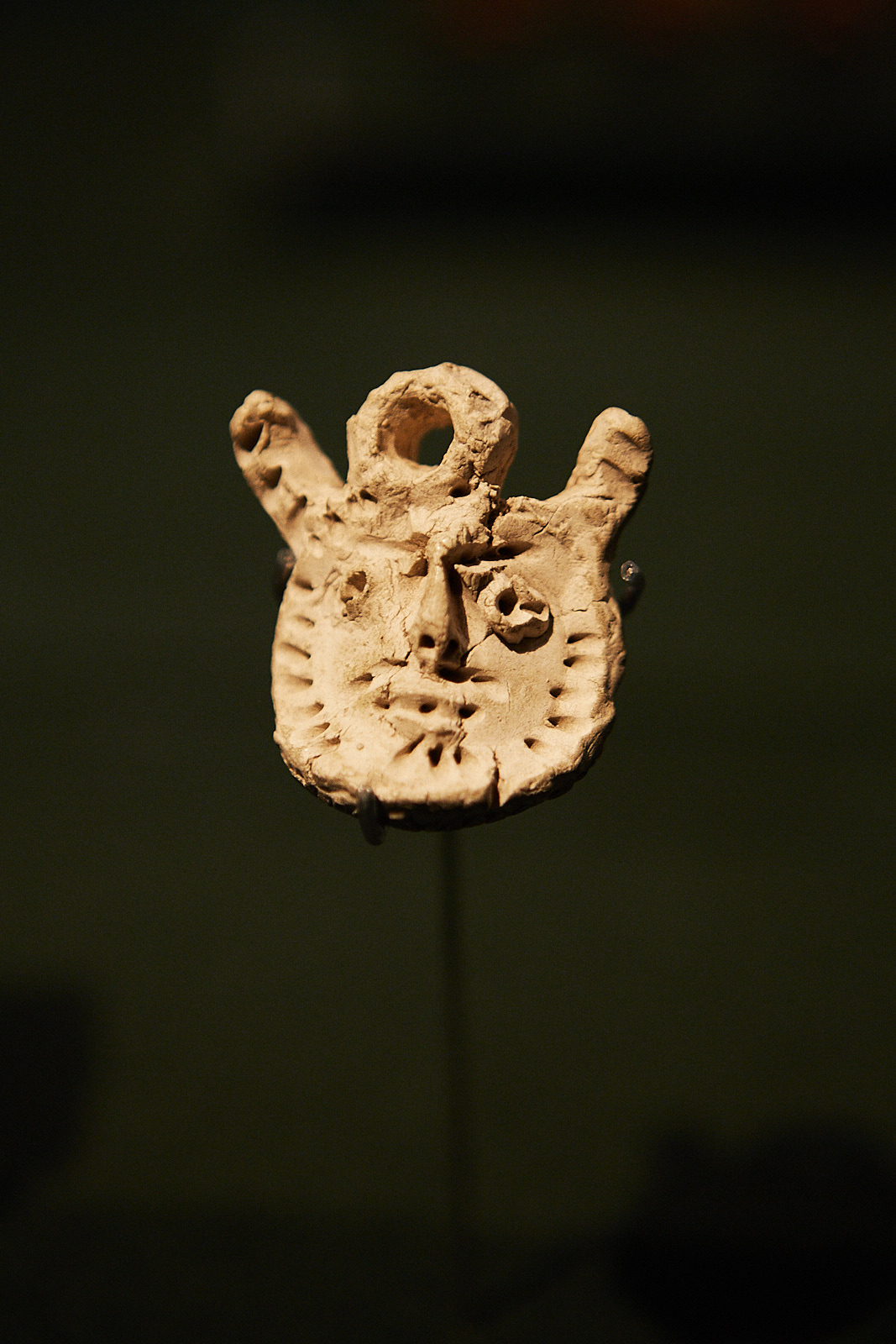 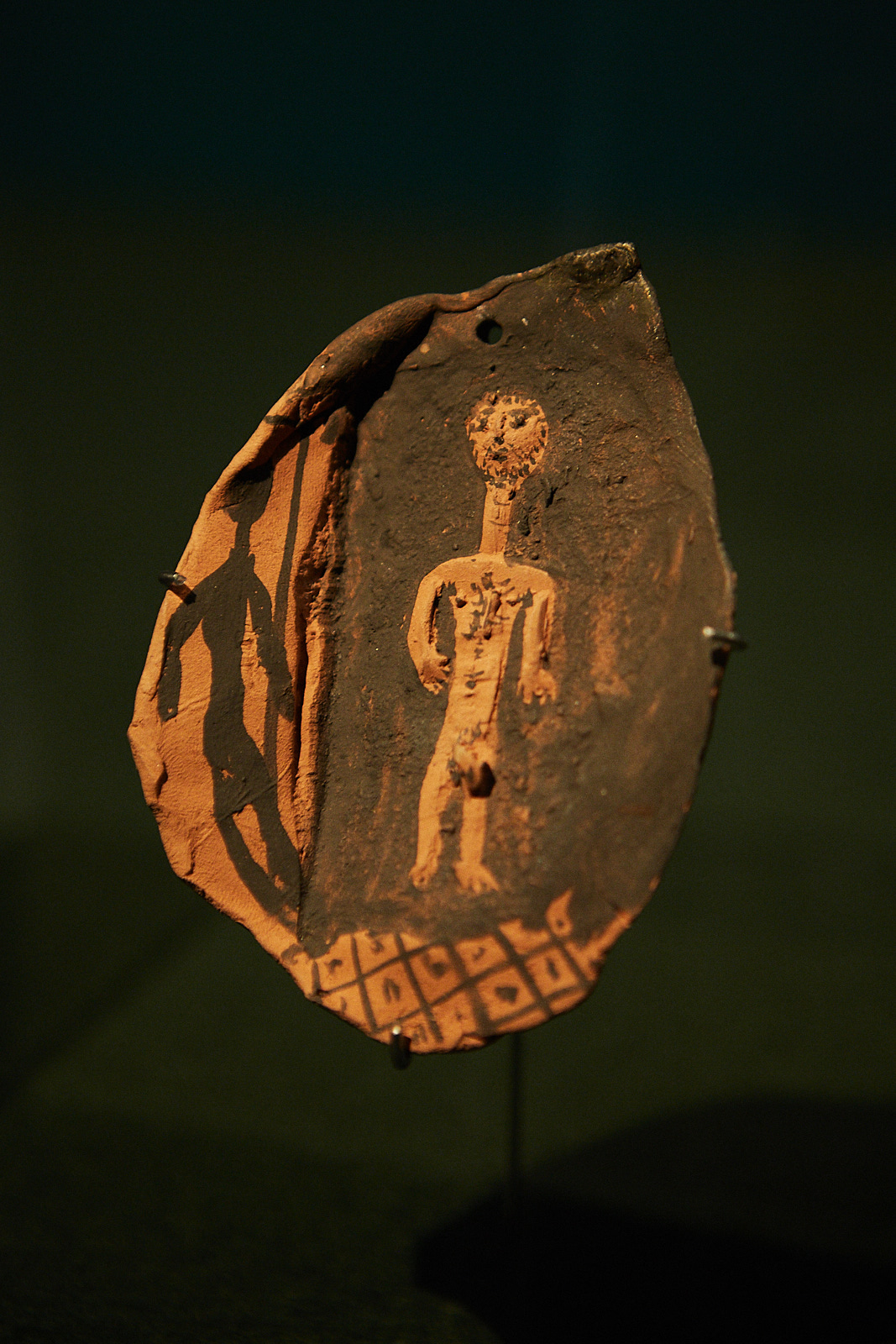 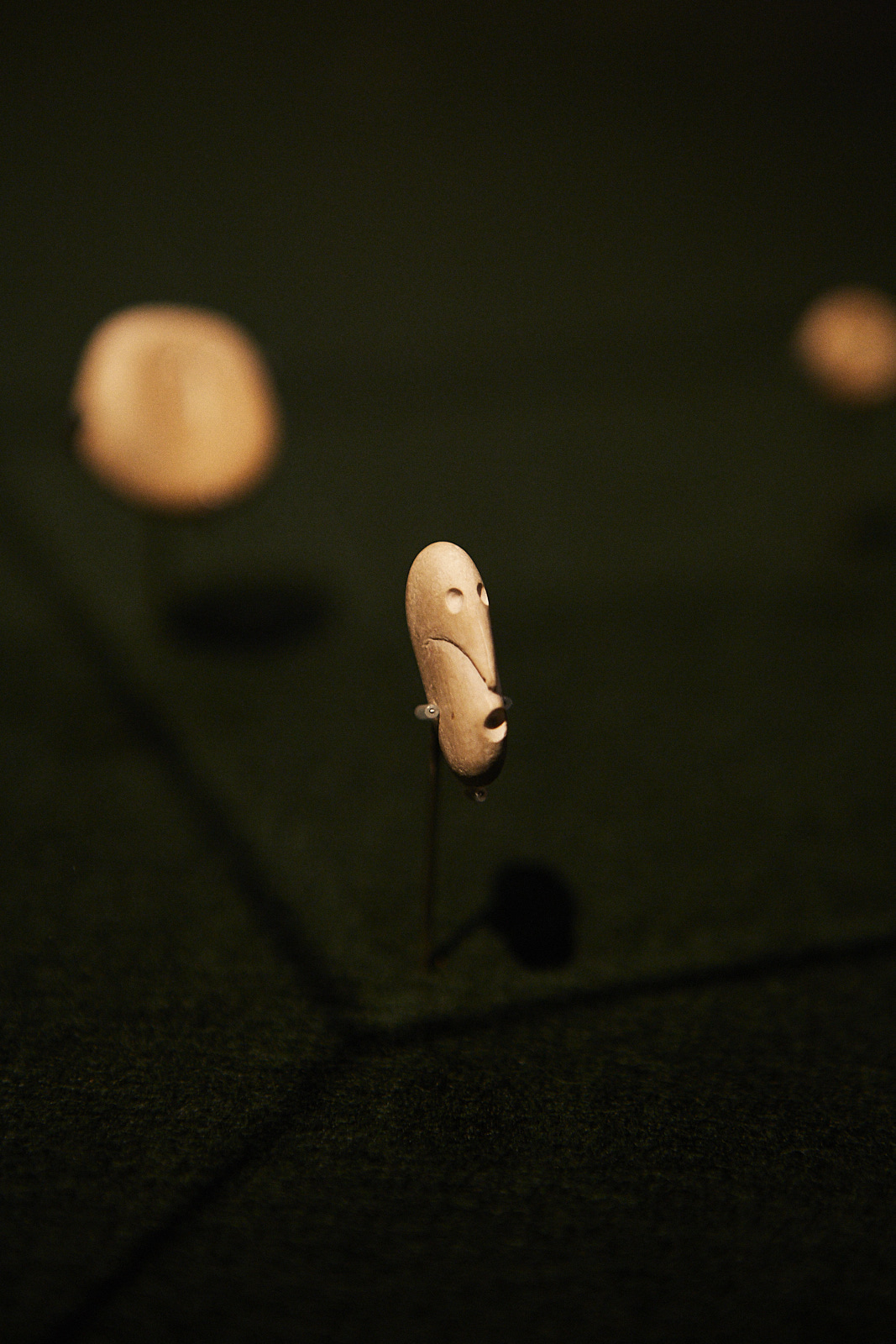 Often, these were offerings made for loved ones, which Picasso gave to his family, partners or friends”. Such is the case, for example, with the set of 16 clay medallions created using the same mould but featuring different designs. He was particularly fond of this unique piece that, years later, he would give to Jacqueline Roque, his inseparable companion, his main muse and his model for almost two decades. It is she who, after Picasso’s death, made this remarkable ceramic donation to the Picasso Museum: Her words, written on the 2nd of June 1982, read: “These ceramics that have been mine are now yours, in memory of the timeless love match between Pablo Picasso and Barcelona”. 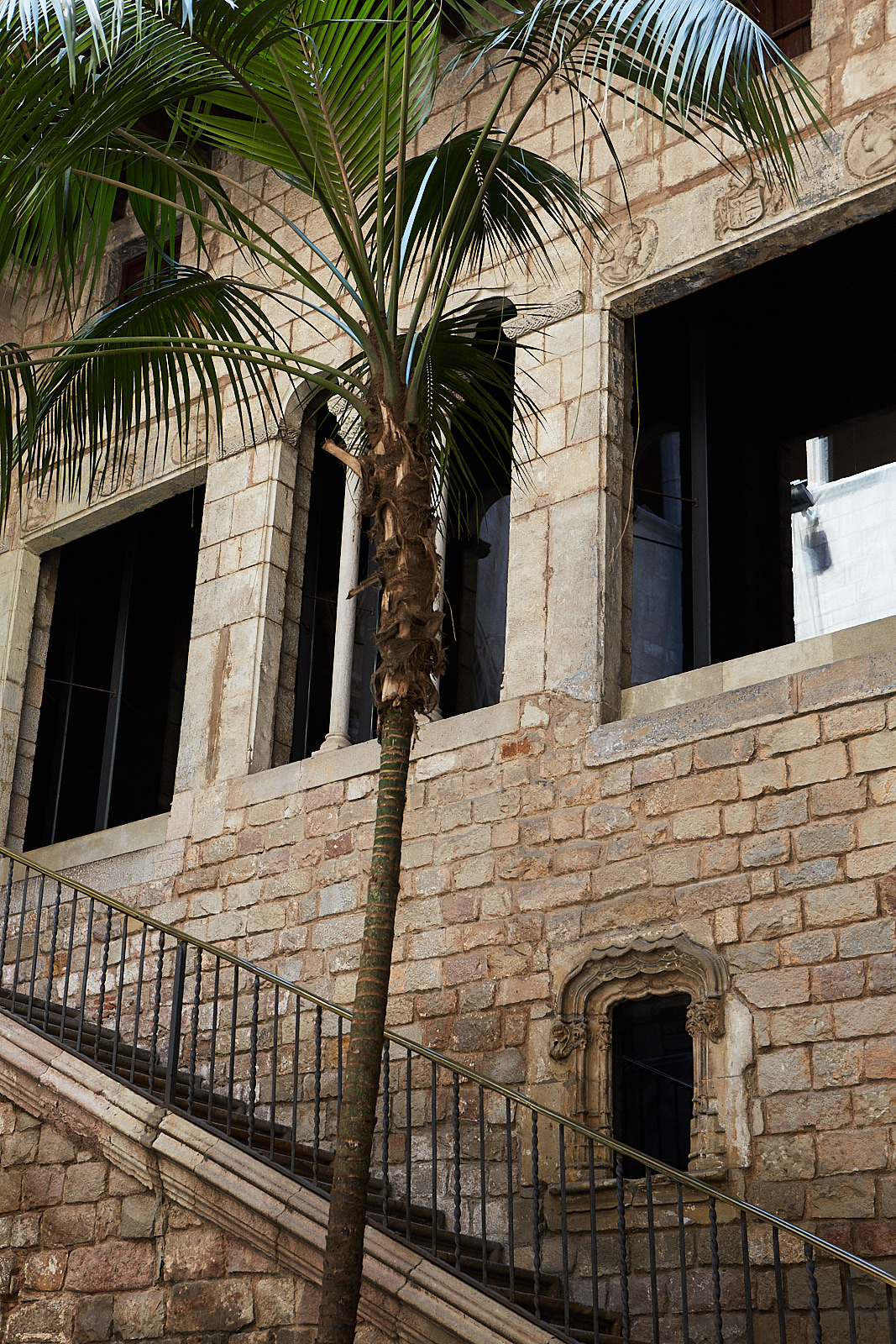 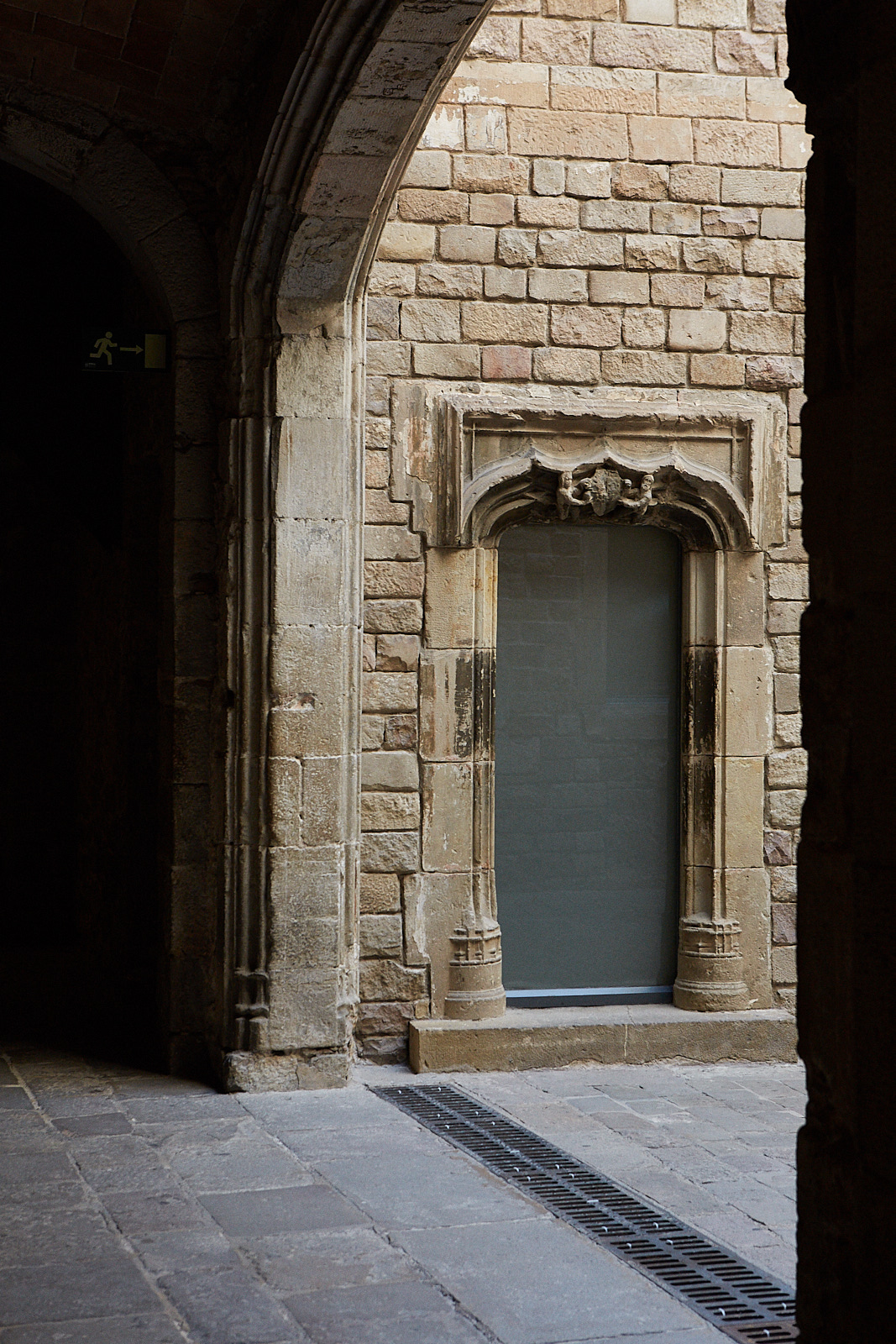 “These ceramics that have been mine are now yours, in memory of the timeless love match between Pablo Picasso and Barcelona”.
Close 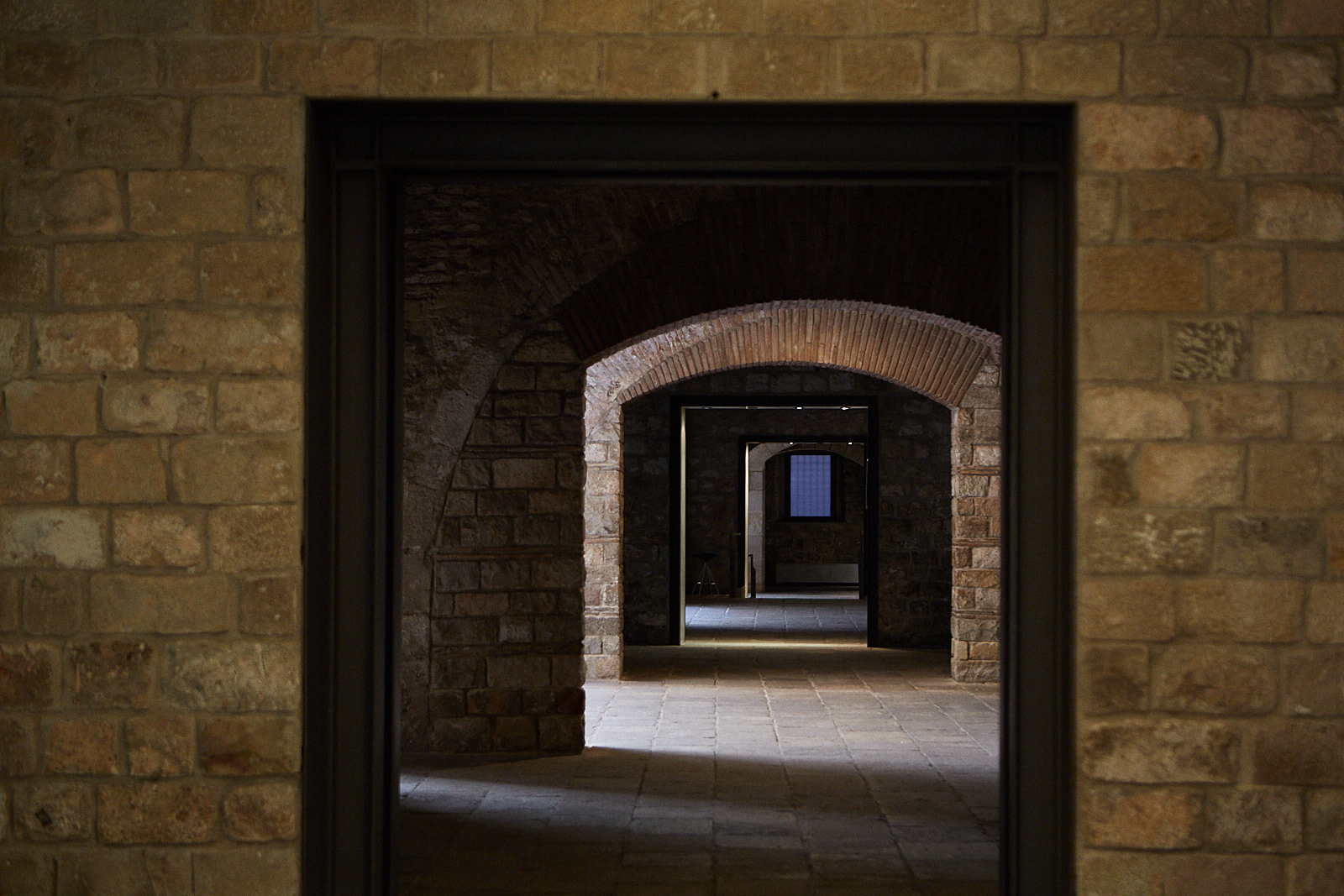 Man has sought refuge below ground throughout history, from prehistoric caves as protection from the dangers of the natural world.

Searching for a house of Mario Pani in Mexico City

For Mario Pani, the beauty of architecture was in the details.