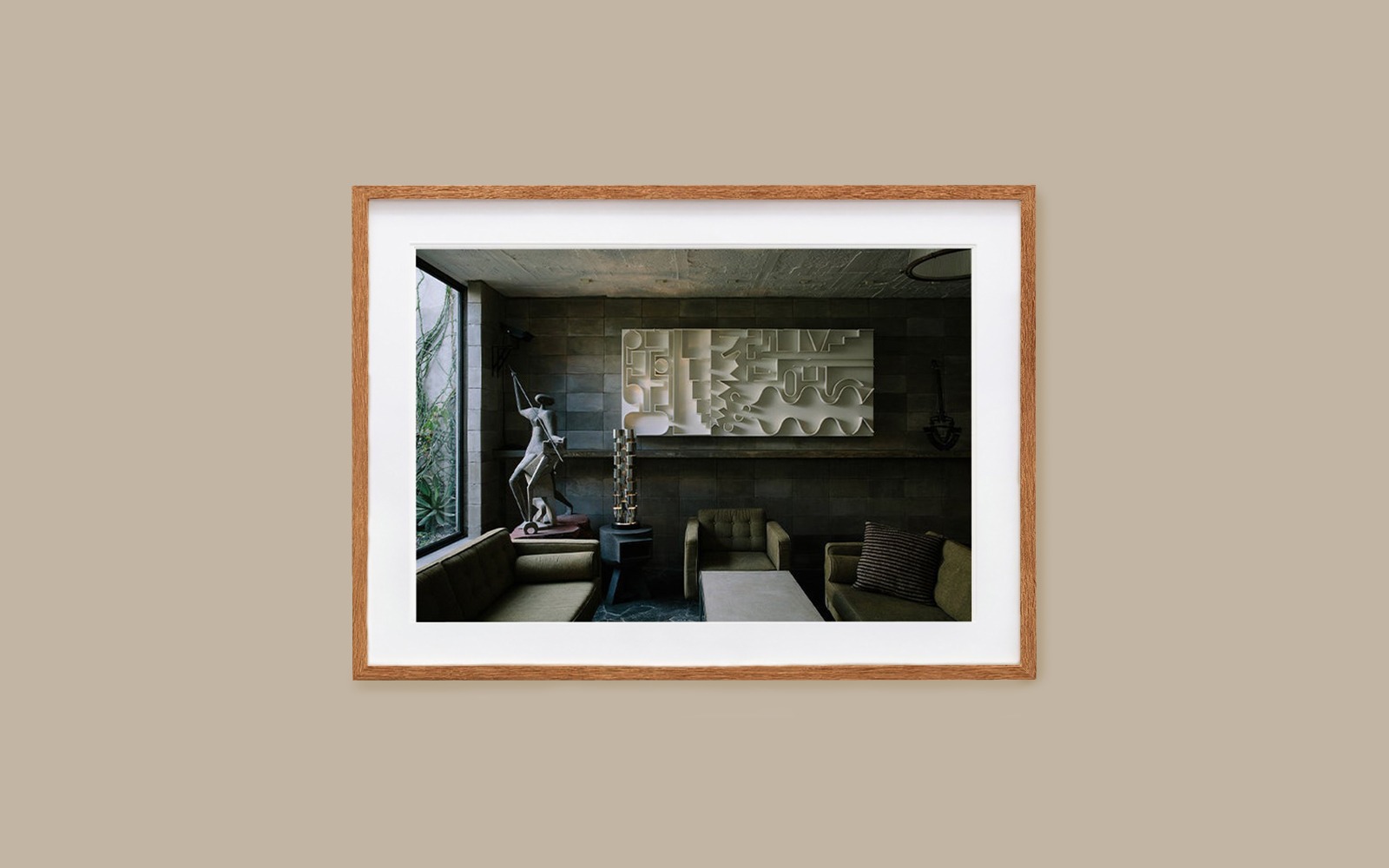 We ship this product only with FedEx. Please allow 2-7 days for delivery in Europe and up to 2 weeks for the rest of the world.
Please contact our sales team at sales@openhouse-magazine.com for any inquiries or questions regarding our store, products, and prices.

The works of Marina Denisova (Sochi, Russia 1986.) configure studies based on perspective, geometry, and the use of color. After living in Italy for a decade, she has been greatly influenced by the world of architecture and design, which finally led her to create a subtle and balanced work in terms of composition, light, and proportion.

In 2020, on assignment for Openhouse Magazine, Marina visits the home of fashion designer Carla Fernández and architect/artist Pedro Reyes in Mexico City. The space on the outside looks like an artifact fallen from the sky that has little in common with the cultured and sophisticated interior of the house that fully represents its owners. There is no wall in the spacious room that is not covered by thousands of books rescued from hidden bookstores around the world. The naturalness of the range of colors and the atmosphere of the photos convey the relaxing atmosphere and represent the photographic style of Marina Denisova, characterized by its sobriety and harmony.

Marina’s photographs draw attention to the space in which they are displayed due to their sobriety and harmony. This redefines the traditional relationship between the work of art and the viewer, since the space as well as the depth of the image, dialogue in the work of the photographer.