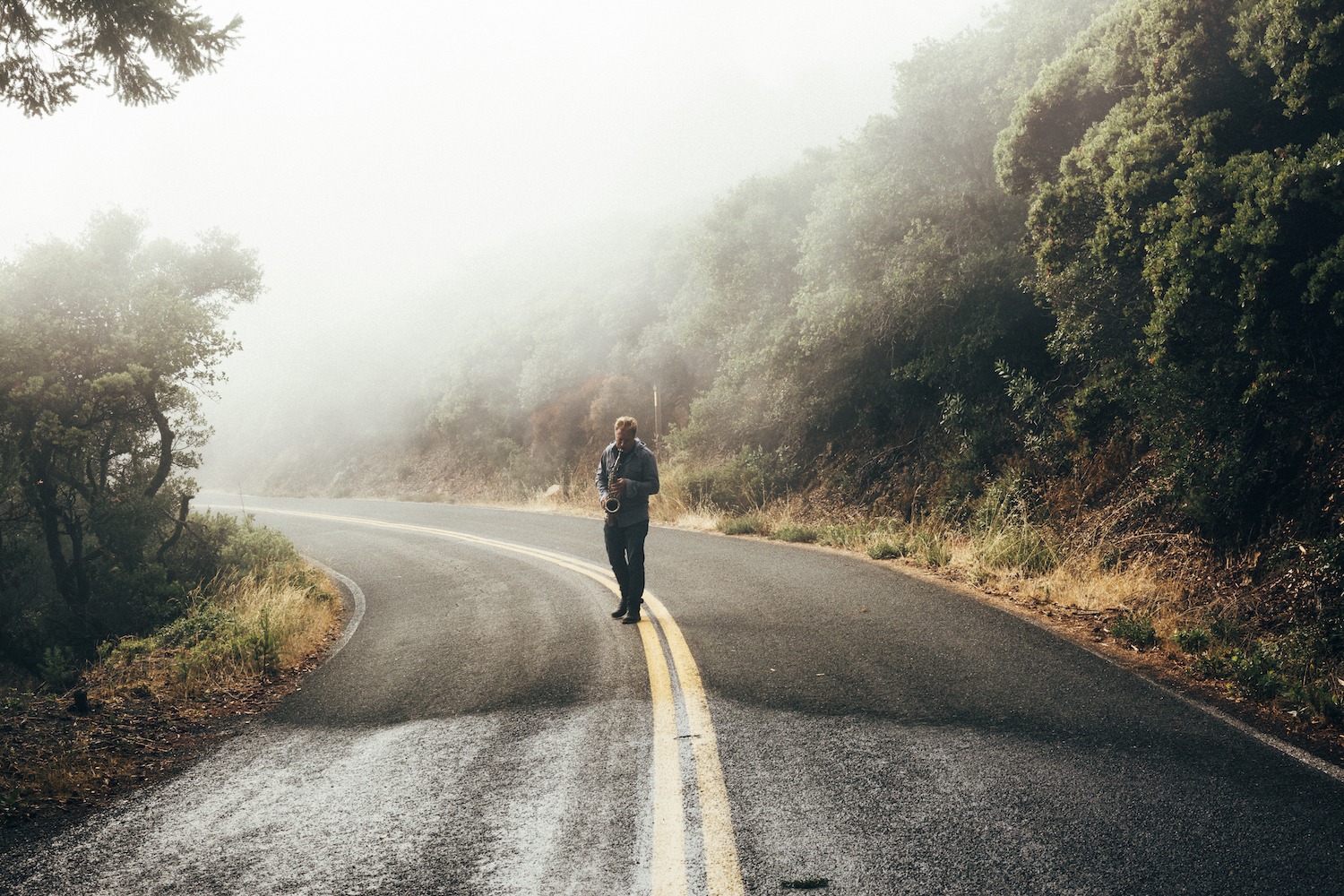 Living on a boat at the intersection of suburban streets and the sea necessitates rubber boots when leaving at high tide. Dead crabs litter the driveway, and dense fog clings to the hills until noon.

This is a place of constant motion and, if you sit still long enough to observe, the subtle swaying of the boat and the filling and draining of tides reveal themselves. At the height of the counterculture hippie movement of the sixties, the S.S. Vallejo became a floating incubator for the radical ideas and artwork of Allen Ginsberg, Anaïs Nin, Jack Kerouac, Henry Miller, Agnes Varda, Alan Watts, Harry Partch, Timothy Leary, and many more. 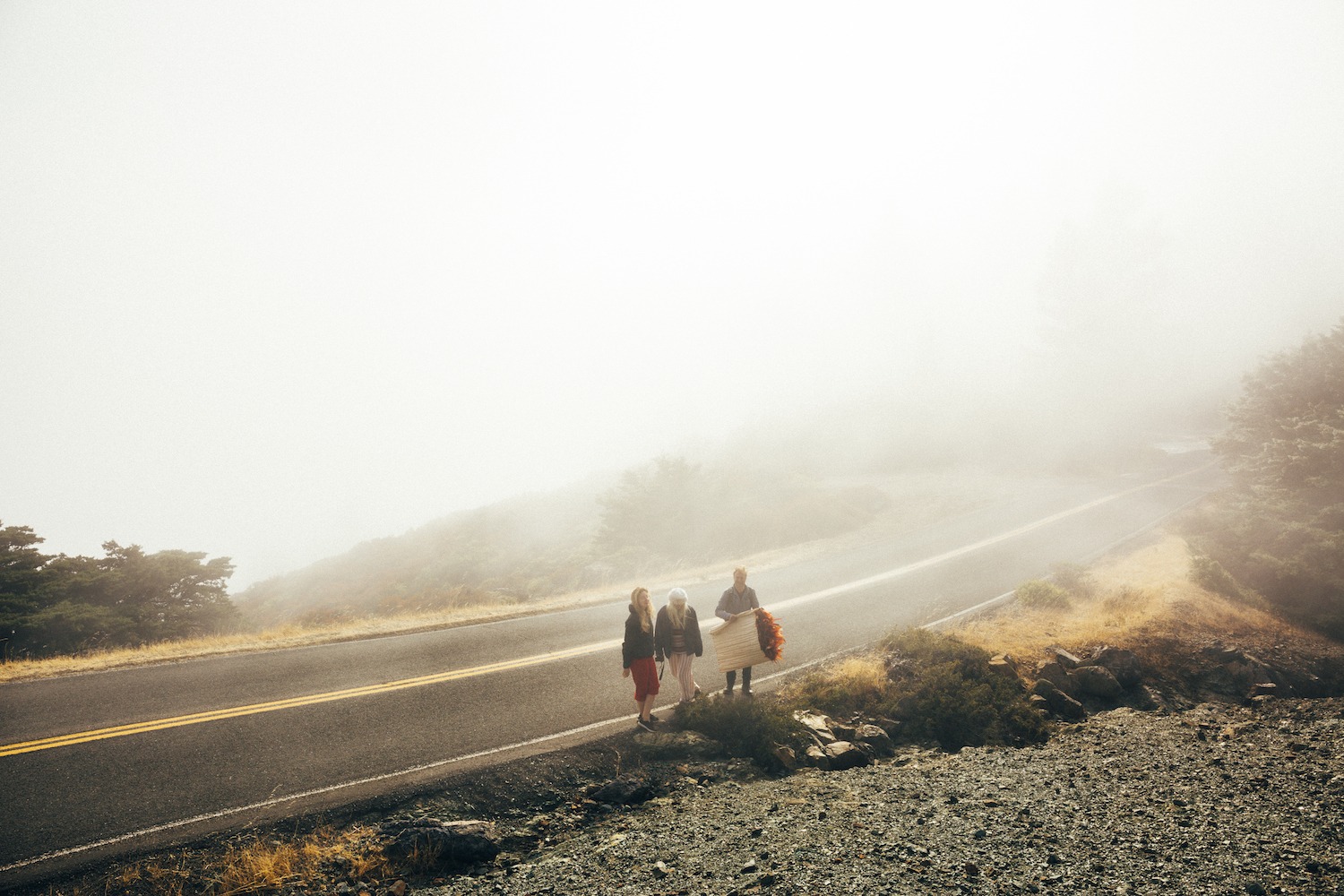 Today Carla, Tolo, and their cat, Tora Prince Rama, host the Varda Artists Residency Program here which invites four artists aboard the very same boat to live, eat, sleep, and create for one to three months at a time.

During my visit to the boat in August 2016, the artists in residence were Erea Azurmendi, Thea Bocksidge, David Colosi, and Kristin Reger. This haven for creatives was established in 1949, when the country was recovering from WW II and San Francisco was emerging as the frontier for new ideas. Like many artists at that time, Jean Varda and Gordon Onslow Ford had been visiting shipyards looking for a Navy boat to buy for cheap and convert into their studios. Their search led them to the Waldo Docks where they found the SS Vallejo – a 414 ton ferryboat that was slated to be dismantled and sold for scrap. 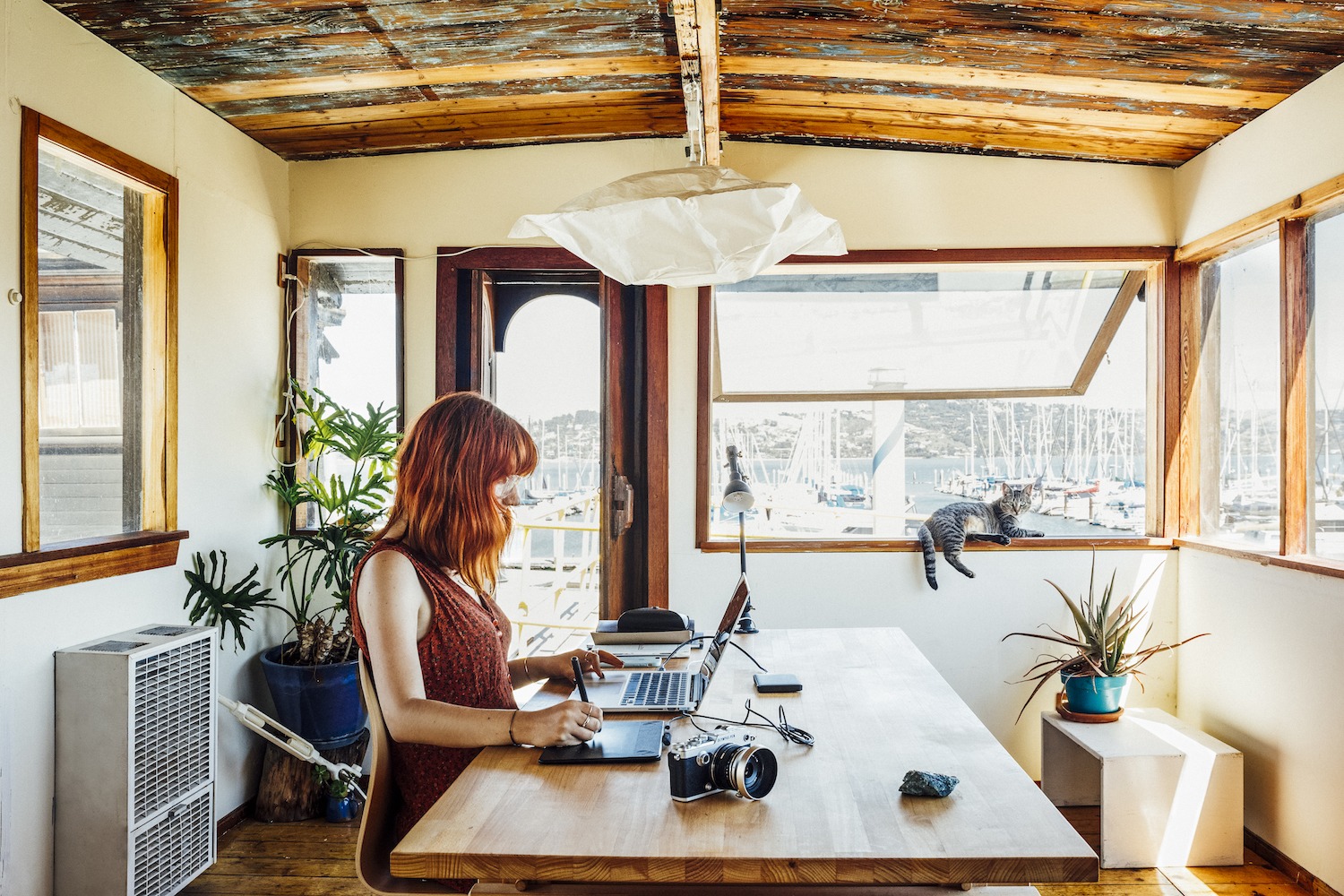 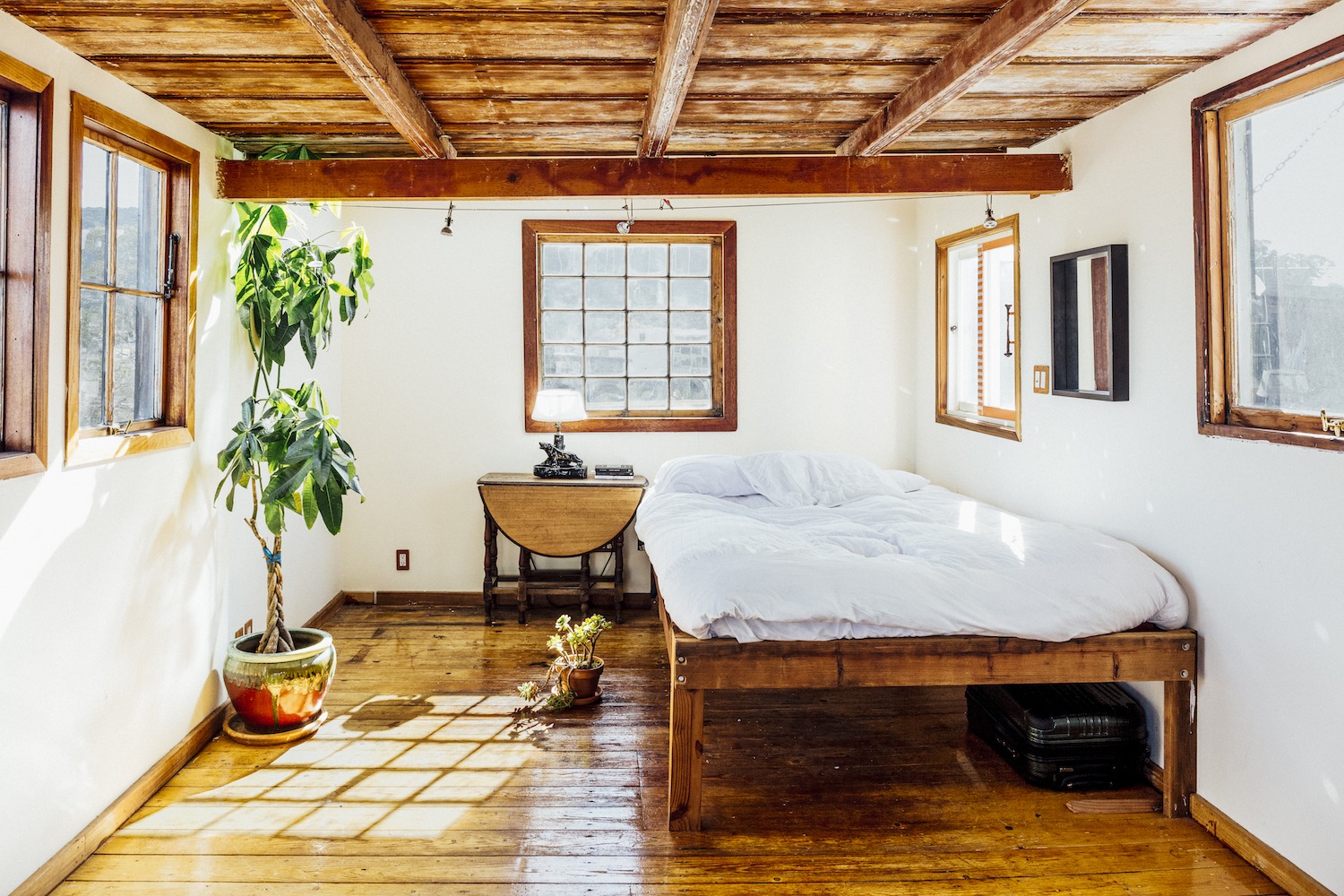 The air inside the boat is thick with the scent of sweat, booze, and seaweed. Candles burn to nubs, the roar of voices thins, Varda unfurls beds on the floor and retires to his cabin.
Close 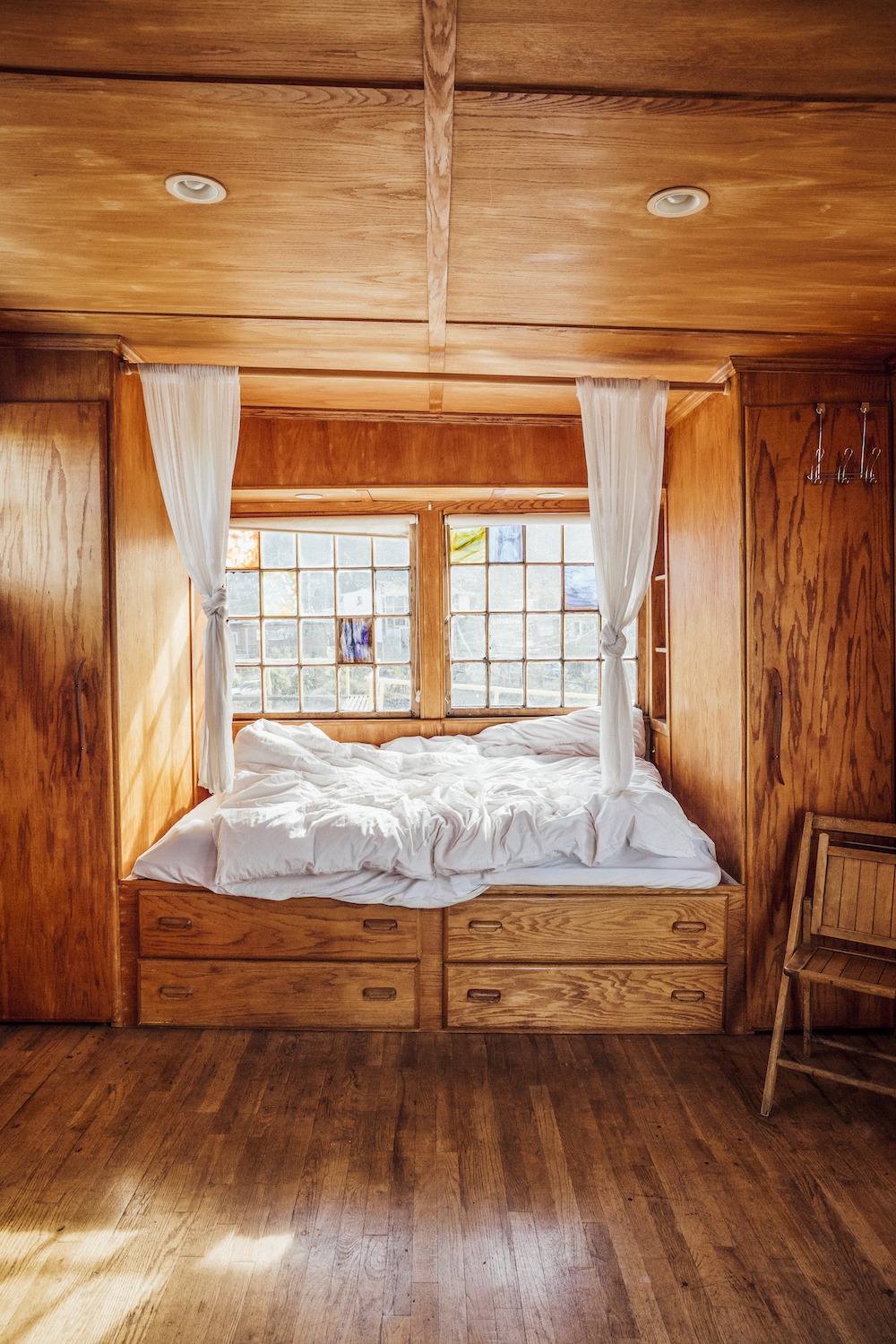 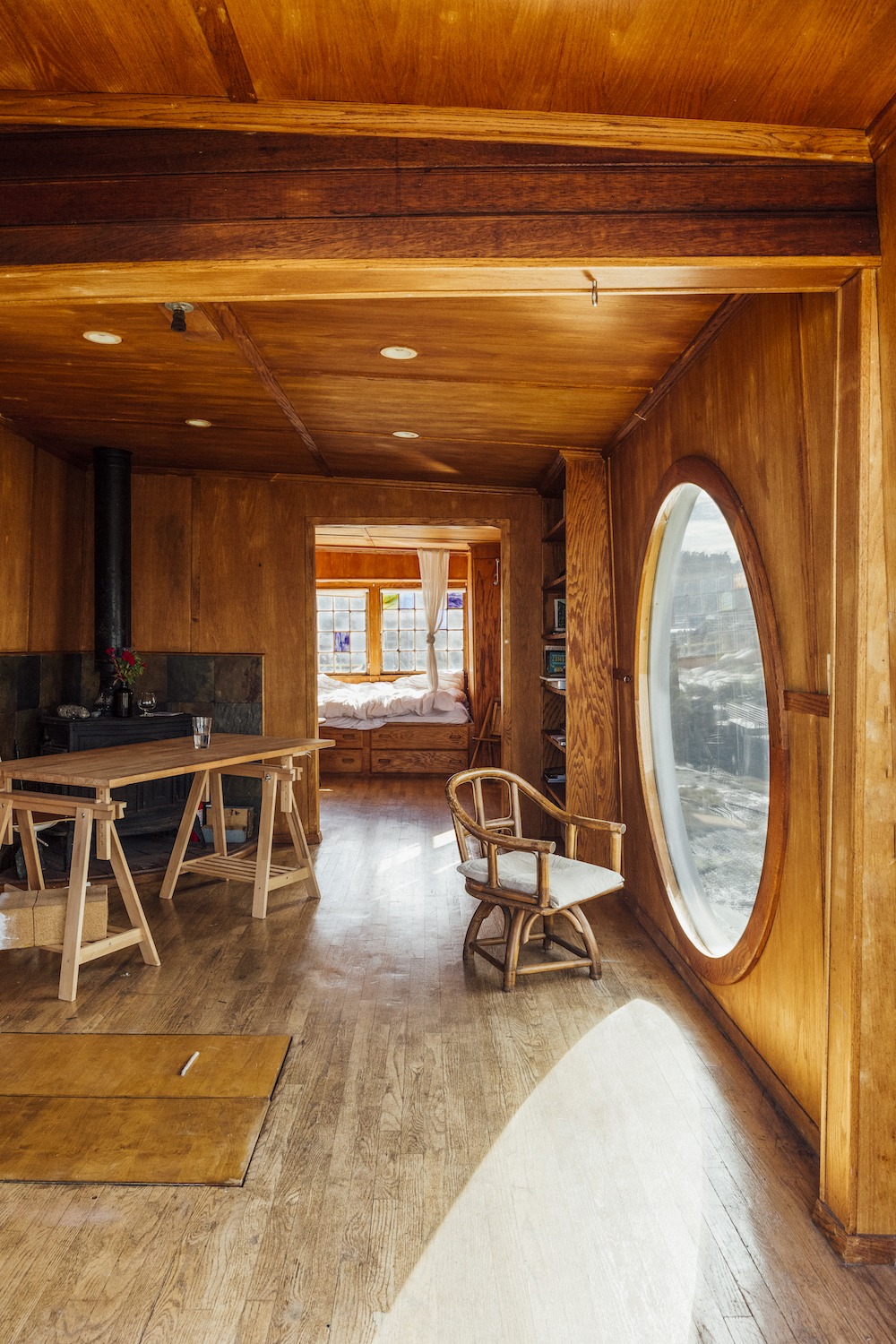 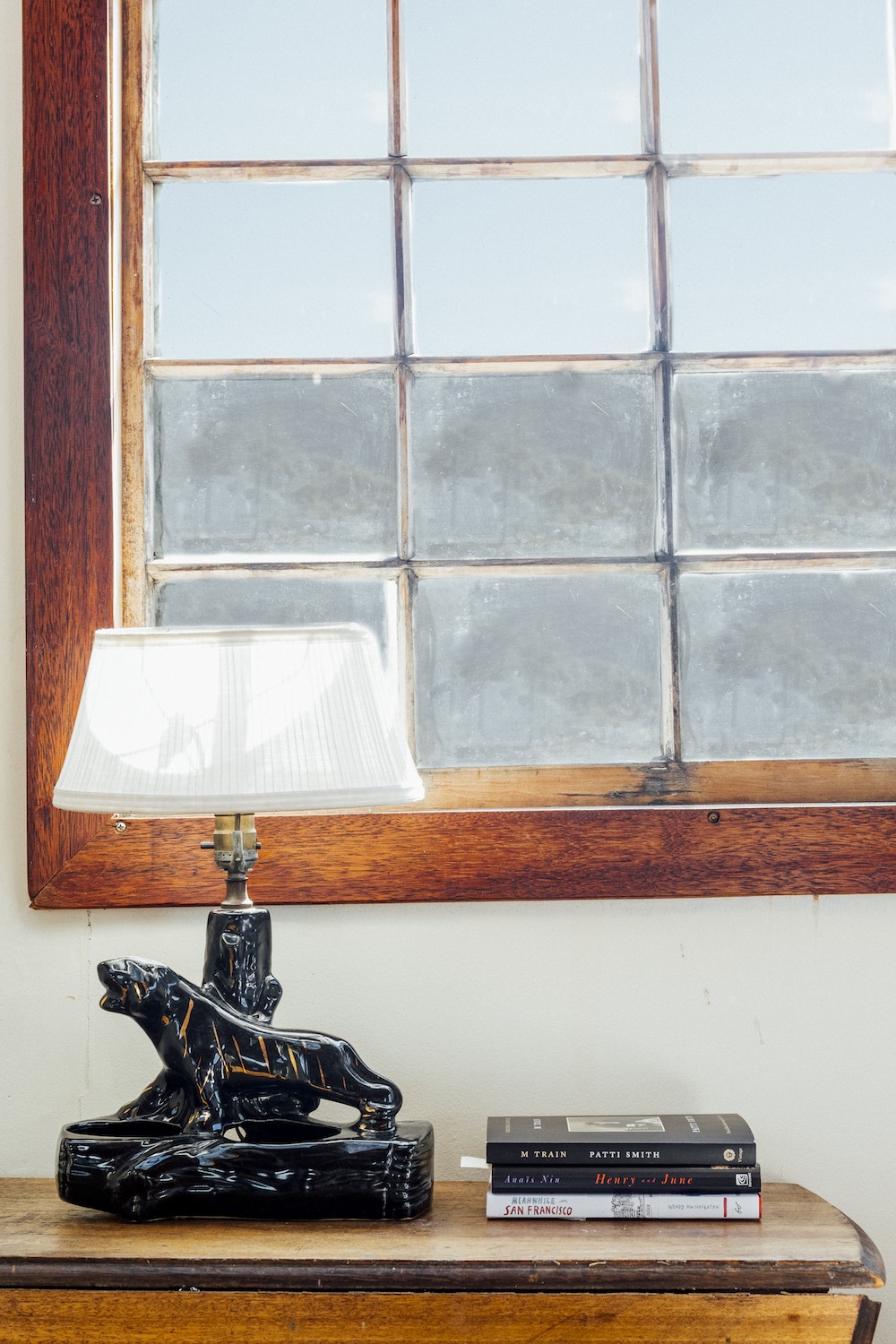 Imagine that houseboat warming party, after Varda and Ford had finally finished building their studios and cabins: As the sun is setting, Miller and Kerouac climb the ramp, let themselves in, and appear in the doorway to Varda’s studio. Forgetting he invited them over, Varda drops everything and takes them to the kitchen to pour them a drink. Entwined in conversation, Kerouac and Miller don’t notice Varda leave the room to “run to the beach to get timber, then to the rocks for mussels” (Miller). As he boils water, Anias Nin, Forest Wright, and Lawrence Ferlinghetti show up. The kitchen fills with steam and conversation, fogging the windows and soaking into the wooden walls. The air inside the boat is thick with the scent of sweat, booze, and seaweed. Candles burn to nubs, the roar of voices thins, Varda unfurls beds on the floor and retires to his cabin. 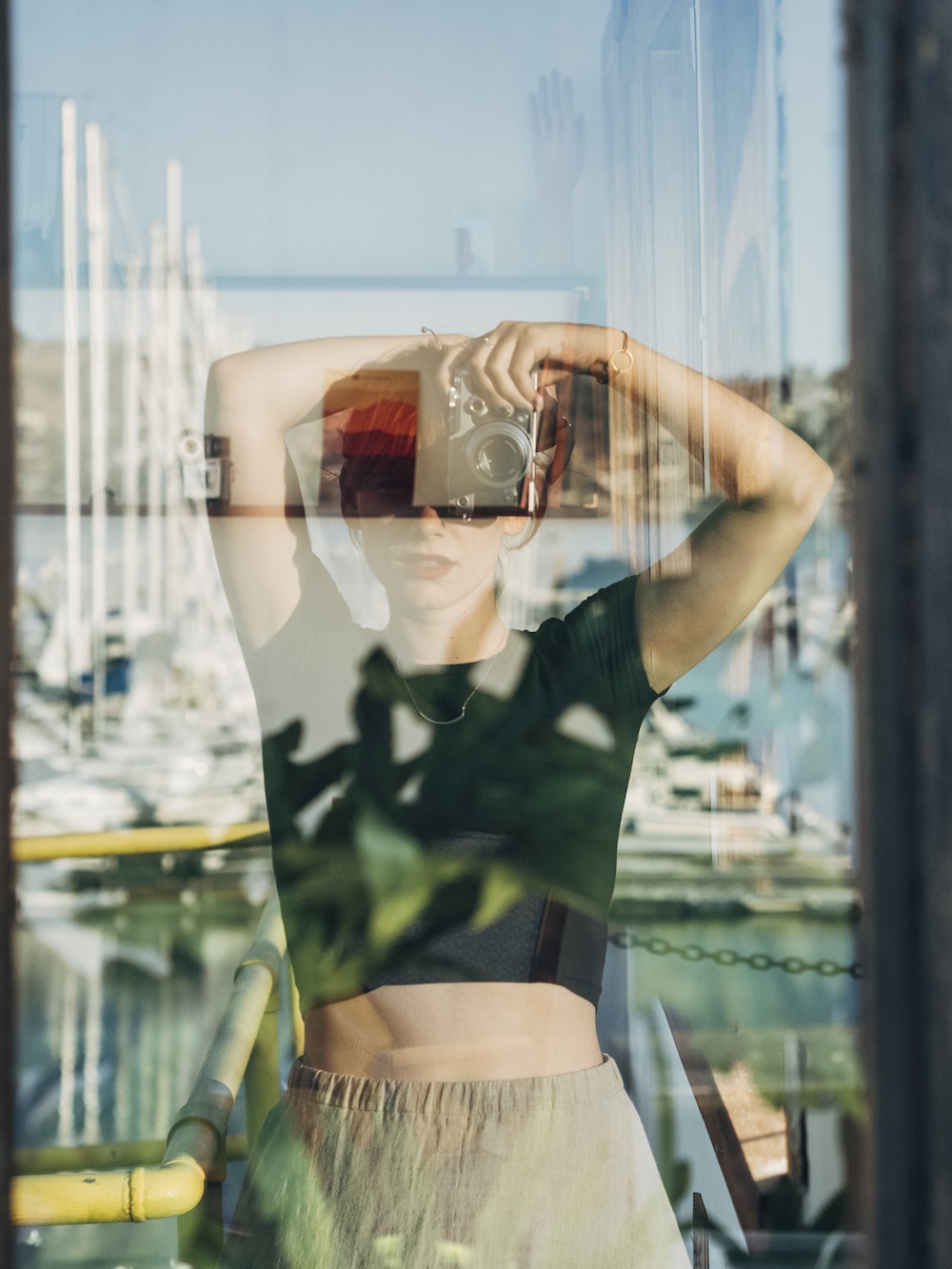 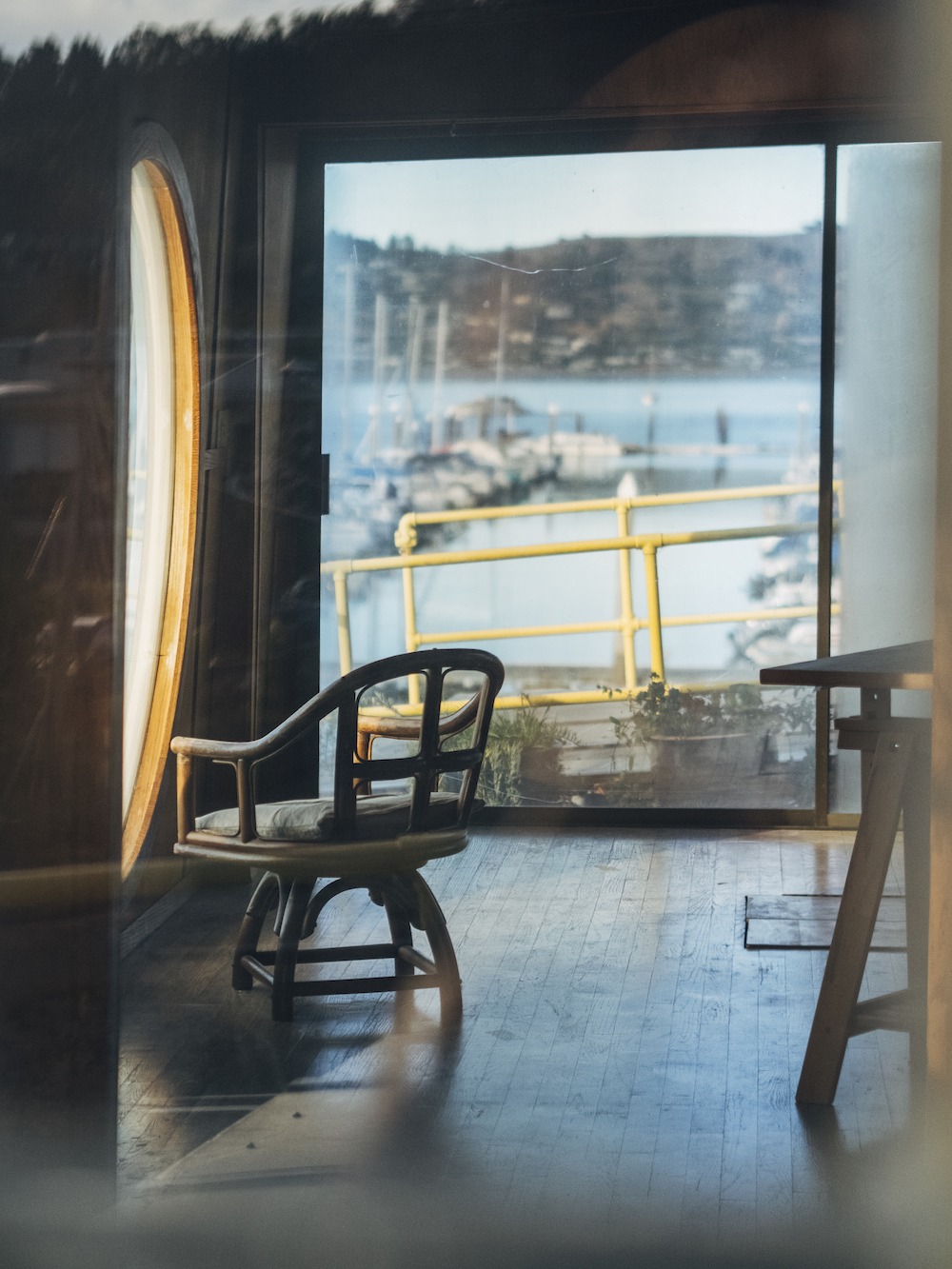 This haven for creatives was established in 1949, when the country was recovering from WW II and San Francisco was emerging as the frontier for new ideas.

Henry Miller reflected on this relationship in his book, Varda: The Master Builder. “One of the first things Varda does on taking over a building is break the walls down to let in the light. He is Greek, of course, and for him light is what it is for a physicist – absolute.” Standing on the boat in August, I understand Miller’s comment, as light is certainly absolute. For photographer Erea Azurmendi, light dictates how she spends her days at the residency. She takes me on a light tour of the boat; in the kitchen mysterious circles of light appear on the walls, in the living room plants splash shadows on the floor, and in her cabin light glints off of the disco ball hung from the multi-faceted skylight. Sculptor Kristin Reger, also obsessed with the light in and around the boat, makes videos of it slithering along the haul and flashing across the surface of the water. 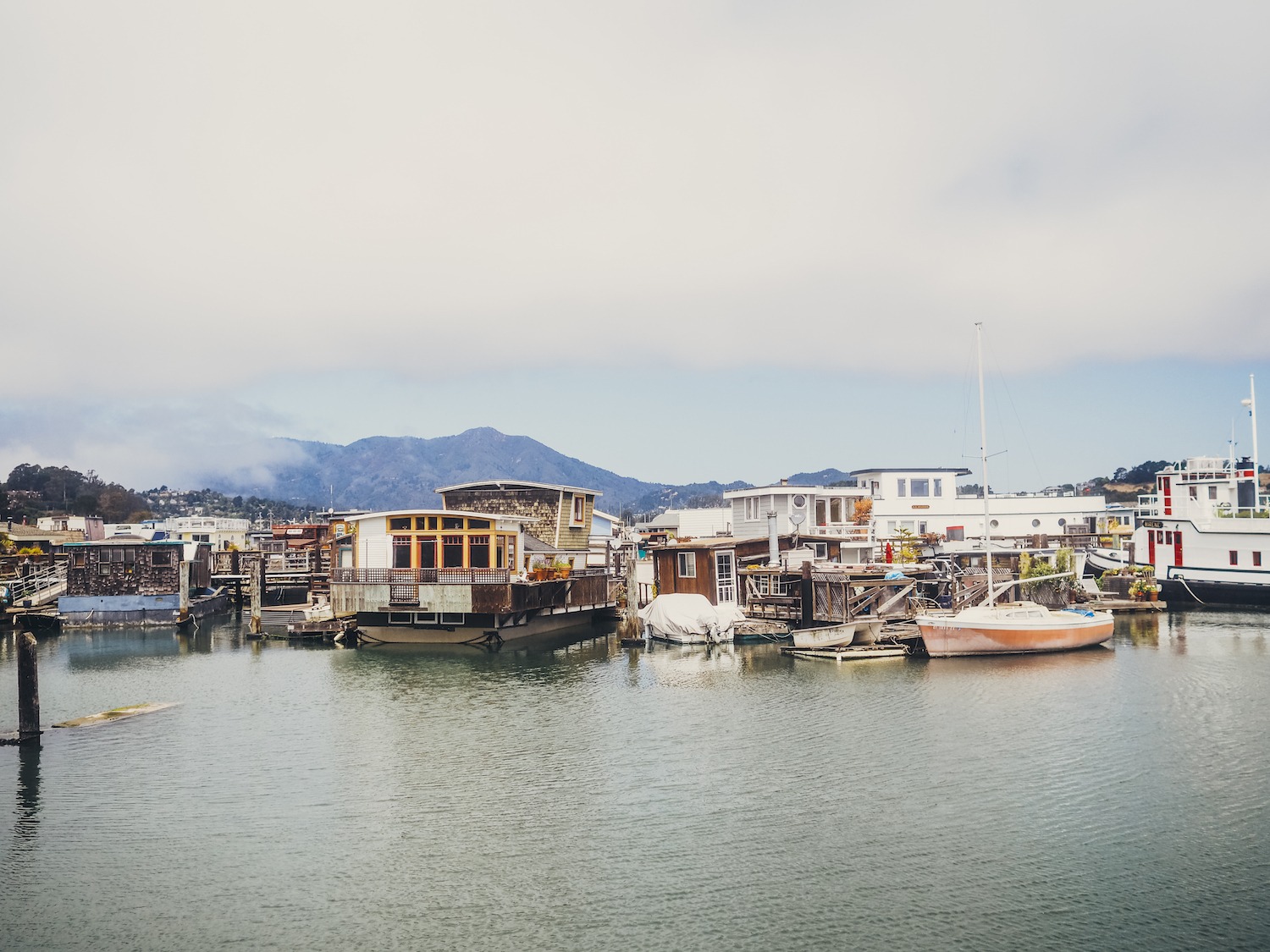 Like Miller and Kerouac, I climb the ramp to the boat. I see Tora Prince Rama (the cat) sneaking up on some ducks near the shore. The sun has slipped past the point of warmth so I snap up my jacket. The side door is open and Letta Mbulu is playing. Inside, the current artists are collaborating just as they were in 1949: Azurmendi is photographing Bocksidge sewing in the sun-drenched studio while Carla sits on the floor playing music from her laptop; Colosi is up north exploring for a few days. Tolo comes in and sinks to the floor to scoop Carla into his arms before heading back to the kitchen. We head outside and Azurmendi begins shooting Reger doing the splits on the rail of the boat. Reger says, “hold on,” and a minute later she appears on the top deck of the boat with tie-dyed sheets and laser-cut fabrics she has made. She drapes the fabrics and hangs backwards before a cascading waterfall of blues and grays, her long hair dangling almost to the top of the doorframe below.

Like Miller and Kerouac, I climb the ramp to the boat. The sun has slipped past the point of warmth so I snap up my jacket. The side door is open and Letta Mbulu is playing.

They finish the shoot and we climb the steep stairs to Azurmendi’s cabin – stairs that ferryboat passengers climbed in the thirties and legendary artists climbed in the sixties. In Azurmendi’s cabin, we watch videos she shot of Reger a few days ago. The tan exterior of Reger’s costume is reminiscent of the dry grass that covers the thirsty California landscape, grass that combusts and burns hundreds of homes every year. Along the bottom of the tan exterior, Reger has sewn together small triangles of red and clear plastic that allude to the region’s fiery terrain; an unsettling juxtaposition. Azurmendi has crafted an eerie experience by capturing the fog-drenched landscape through diffused light. 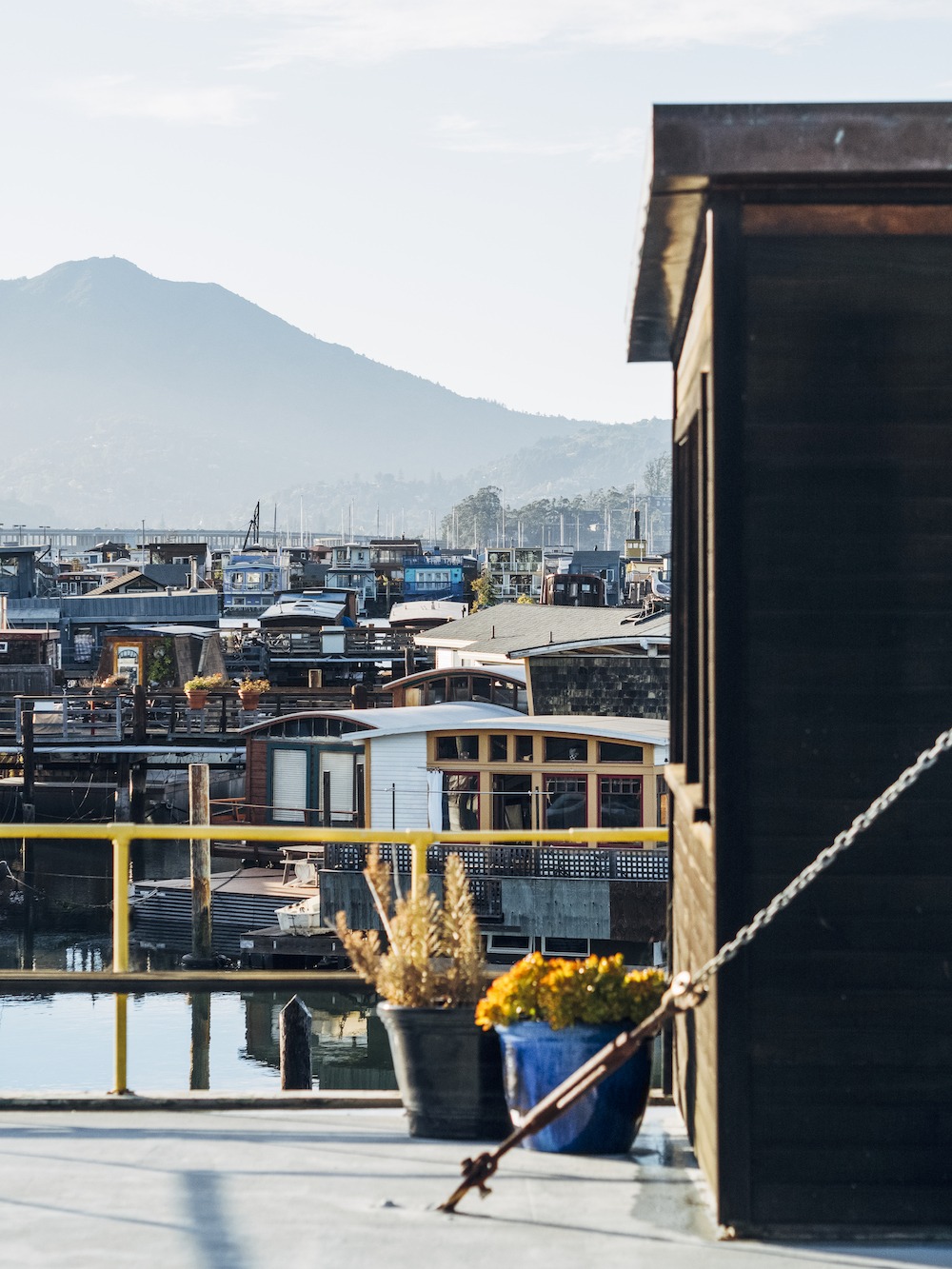 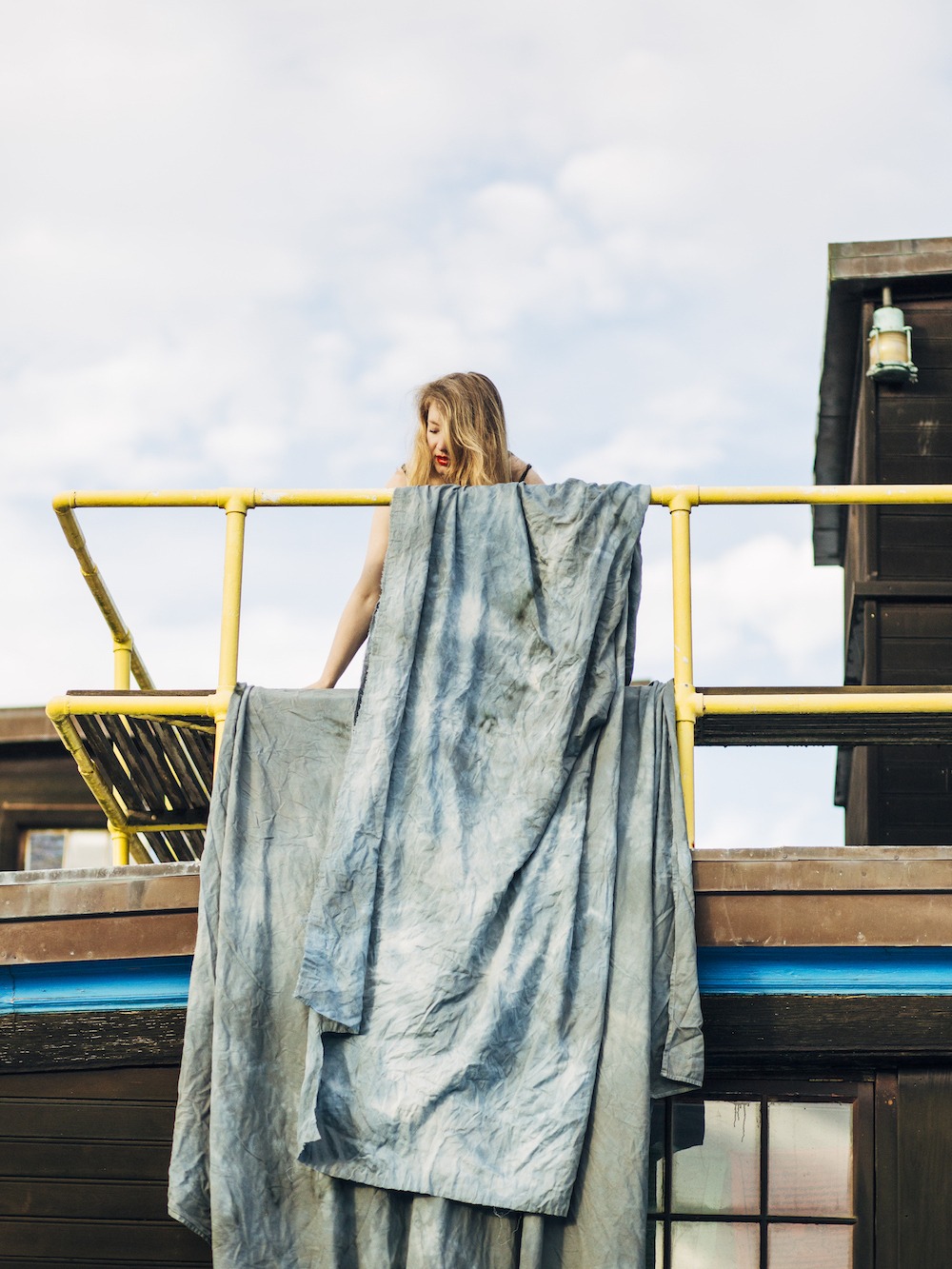 The artist residency at the S.S. Vallejo was established in 2015 and Carla explains that they are one of the last bastions of creative collaboration from the once thriving San Francisco arts community. Like the artists that used to create on the boat, the namesake Varda Residency strives to “design a program that provides a prolific environment where creative people can exchange innovative ideas, technical knowledge and produce new works.”

Jean Varda lived on the S.S. Vallejo until his death in 1971, and tomorrow the artists in residence will also be leaving the boat. They will return to their busy lives, computer screens, and artwork with a new perspective imbued by their time aboard the legendary S.S. Vallejo. Carla hollers upstairs in Spanish, calling us to dinner, and the girls respond in an endearing tone. As we stroll down the street to dinner, the mood is light and the streetlights begin to buzz overhead as if fuelled by the spark of creativity – the moment feels timeless. 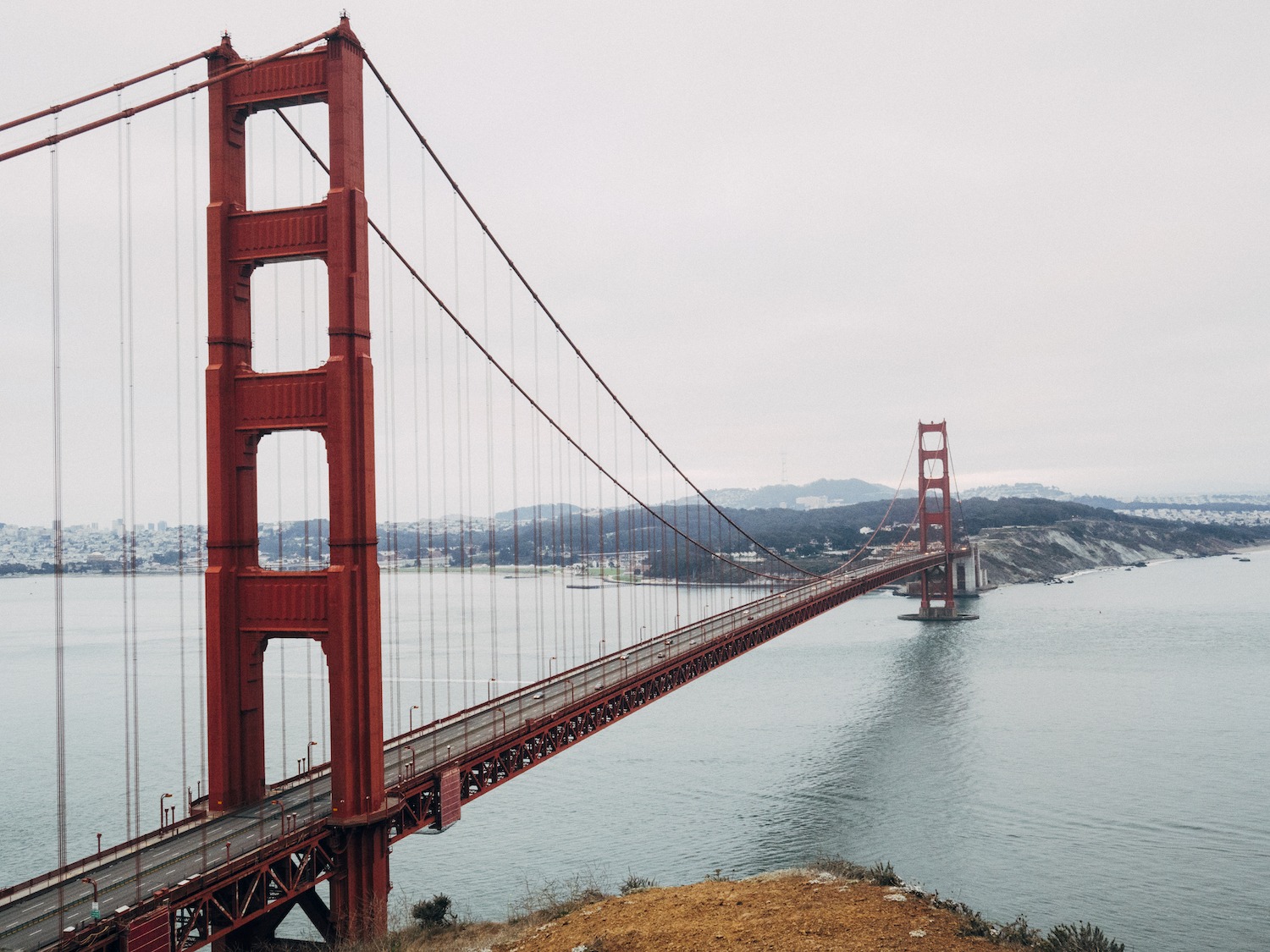 A House for my Family

He was only twenty-five when Harry Seidler built his first house, bringing Bauhaus modernism to Sydney’s North Shore.

David Quincoces and Fanny Dragò have been advocating the commandments of design for more than a decade, but without letting themselves be carried away by trends.

The Earth is Only a Little Dust Under Your Feet

The book singed by the Spanish artist Bego Antón talks about her travel to Iceland and the magical world of The Elf School of Reykjavik.